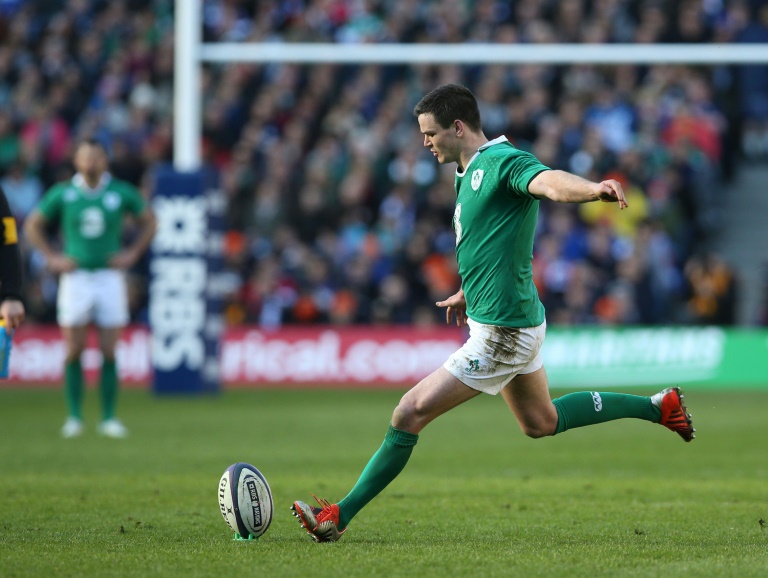 Ireland take the defence of their Six Nations title to Paris on Saturday, struggling with a raft of injuries in the face of a France team finding its feet under new coach Guy Noves.

Johnny Sexton, Sean O’Brien and Rob Kearney have all been passed fit and were named in Ireland’s team, coach Joe Schmidt having overseen a bruising 16-all draw with Wales in the opening fixture.

Both flanker O’Brien and full-back Kearney missed last weekend’s game in which Sexton picked up a shoulder knock.

O’Brien completes a back row containing CJ Stander and Jamie Heaslip, with Tommy O’Donnell replacing Rhys Ruddock on the bench.

Kearney’s younger brother Dave comes in on the left wing instead of Keith Earls, who along with Munster flyer Simon Zebo misses the trip to Paris as the Irish chase a second successive victory in France for the first time since 1927. They have not lost to France since 2011.

Noves, whose side scrapped a 23-21 victory over Italy last weekend, brought in winger Teddy Thomas for Hugo Bonneval in one of six changes.

Two of the changes were forced upon Noves, with centre Gael Fickou (replaced by Mermoz) absent for personal reasons and a serious hamstring injury to No.8 Louis Picamoles.

The France coach discounted the notion that any of the unforced changes could be regarded as a “punishment”.

“We don’t have a starting XV and replacements, the term ‘replacement’ is not appropriate in professional rugby,” Noves said.

“There is always an atmosphere to create, to challenge yourself but also the desire to see players in the squad evolve.”

Noves is counting on the change in personnel to help pull off a first victory over Ireland since 2011.

Sexton added that he was over the bang on top of the head which compressed his neck.

“I’m fit to go and really looking forward to it,” the former Racing playmaker said.

“I’ll be fine — I probably felt the way front-rowers feel every day, but as a soft out-half I just didn’t hide it as well.

“We’ve only had one chance to see France under their new management, but some of the new individuals they’ve thrown in have impressed.

“They’ve got dangerous guys across the backline.

“I’ve played against (Stade Francais centre Jonathan) Danty a few times when I was in Paris, and he’s pretty similar to Mathieu Bastareaud in stature. He’s got a lot of ball-playing abilities and speed to add to that too though.

“But we’ve prepared really well for it, we’ve tried to give them the respect they deserve. I don’t think you can ever go to Paris confident. They are never beaten over there, it’s a tough place to go.

“Just because we’ve had a little purple patch against them doesn’t mean anything now.”