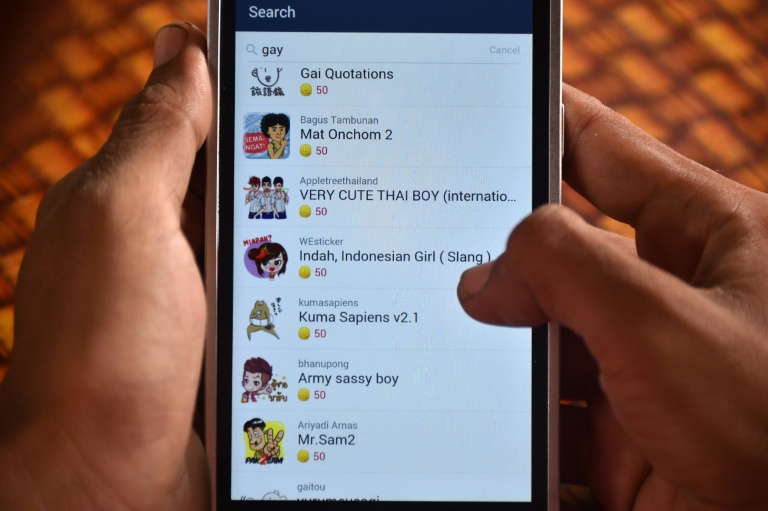 In the latest crackdown on gay rights in Indonesia, the government has demanded all instant messaging apps remove same-sex emoticons or face a ban in the Muslim-majority country.

The emojis — which are available on the popular apps LINE and Whatsapp as well as Facebook and Twitter — depict same-sex couples holding hands and the rainbow flag, commonly used to symbolise the lesbian, gay, bisexual and transgender (LGBT) community.

“Such contents are not allowed in Indonesia based on our cultural law and the religious norms and the operators must respect that,” Ismail Cawidu, spokesman for the Communication and Information Ministry, told AFP Friday.

He said of particular concern was that the colourful emojis and stickers could appeal to children.

“Those things might be considered normal in some Western countries, while in Indonesia it’s practically impossible,” he said.

Cawidu said the ministry had contacted all companies that used such content, including Twitter and Facebook, and failure to comply with the request to remove the emojis could lead to the apps being banned in Indonesia.

LINE Indonesia has already removed its gay emojis from online stores and issued an apology.

“LINE regrets the incidents of some stickers which are considered sensitive by many people,” the messaging app said in a statement.

“We ask for your understanding because at the moment we are working on this issue to remove the stickers.”

While homosexuality is not illegal in Indonesia, the topic remains a controversial subject.

In January, the University of Indonesia told a support group providing sex education and counselling for LGBT students that they did not have permission to hold meetings on campus.

And last year Aceh, the only province in Indonesia which implements sharia law, introduced caning as a punishment for gay sex.

Prominent gay activist Hartoyo said the move to ban the emojis was symptomatic of a wider crackdown on LGBT rights.

“This is just the latest in a series of incidents that have happened recently,” he said.

“The government has let this ignorance go on for far too long and it has put our nation in danger.”