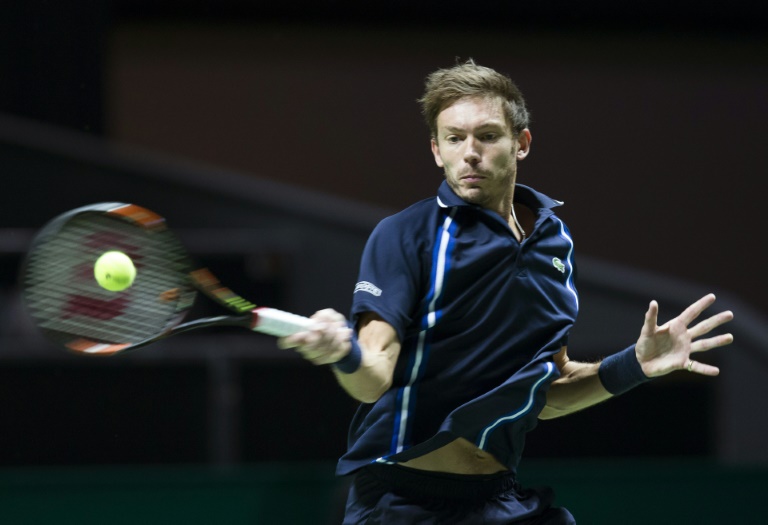 French qualifier Nicolas Mahut continued his dream week at the Rotterdam World Tennis on Friday with a 6-2, 6-1 thrashing of eighth seed Viktor Troicki to reach the semi-finals.

The 34-year-old winner will play either Spanish sixth seed Robert Bautista Agut or the Slovak Martin Klizan in Saturday’s semi.

“Just over an hour, that is something I didn’t expect,” Mahut said after beating an opponent who reached the final in Sofia last week.

“He was maybe tired form last week. I played well and it worked out as a good combination for me. I’ll be ready for the semis.”

Mahut, ranked 54th in the world, has a winning past in the Netherlands, earning a pair of trophies at the grass event at Rosmalen in 2013 and 2015.

The Frenchman had lost both of his previous matches to Troicki, including a quarter-final a month ago in Sydney. He will play his first semi-final since last June.

“It’s a great story,” the winner said after victory in 71 minutes against an opponent who was clearly off the boil. “I’m feeling fine with my tennis, I’ve not had an injury in two years.

“It’s all going well. I played a great match today. Now that I’m in the semi-finals, you never know, I need to come out and play like I did today.”

Mahut said he has become used to the slow court at the Ahoy stadium, which seemed to combine poorly with the game of Troicki.

“He likes it faster, he likes to have the pace,” Mahut said. “I tried to play as slowly as possible to make it uncomfortable for him. That tactic worked today.”

Mahut will be competing in his eighth career semi-final; the winner broke four times while saving three break points against his serve.

At the top of the draw second seed and former finalist Marin Cilic was playing German Philipp Kohlschreiber.

Fifth seed Gael Monfils was seeking to put another Frenchman into the final four as he played German teenager Alexander Zverev, a winner in the second round over France’s third seed Gilles Simon.