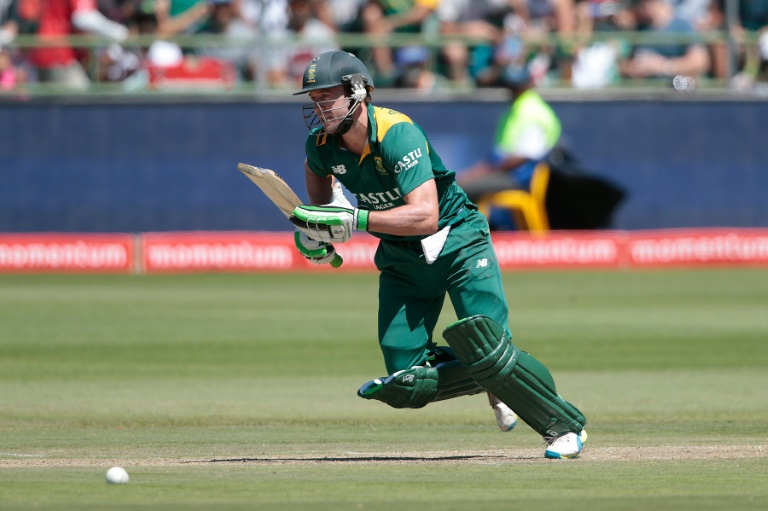 South Africa’s Test and one-day international skipper AB de Villiers insisted Thursday that he remains committed to the national team as he signed up for the Caribbean Premier League T20 tournament.

The 31-year-old has faced speculation over his future with the Proteas but his appointment last month as successor to Hashim Amla appeared to put an end to the talk.

De Villiers said that he has already turned down an approach to play in Australia’s wildly successful Big Bash League later this year as the tournament clashes with a scheduled home series against Sri Lanka.

“I’ve had a careful look at my schedule and am looking forward to the next few months,” said De Villiers, who will play for the Barbados franchise in the six-team Caribbean Premier League in July.

“For players in my position, it is important to find a balance between playing international cricket and participating in the various T20 leagues around the world.

“I remain absolutely committed to international cricket but, this year, it just so happens I can play in the CPL as well.

“In contrast, for example, I have declined offers to play in the Big Bash League in Australia because it clashes with our home series against Sri Lanka.”

The player draft for the 2016 CPL was held on Thursday with De Villiers’ teammate Faf du Plessis lining up for the St Kitts & Nevis Patriots alongside Australian international Brad Hodge.

Former ICC Cricketer of the Year Kumar Sangakkara, meanwhile, will return to the Jamaica Tallawahs where he is joined by Chris Gayle, Lasith Malinga and Bangladesh all-rounder Shakib Al Hasan.

The recently re-named Trinbago Knight Riders will welcome back the number one Twenty20 bowler Sunil Narine from Guyana and he will be joined by Amla, Dwayne Bravo as well as former New Zealand captain Brendon McCullum.

De Villiers will be joined at Barbados Tridents by Kieron Pollard and Pakistan’s Shoaib Malik.

Each of the six squads feature 16 players — 10 from the West Indies, five international and one each from the Americas zone.

In an effort to grow the sport in the wider region, organisers had already announced that six CPL games will be staged in the United States.

There were no places in Thursday’s selection, however, for Pakistan trio Mohammad Amir, Salman Butt and Mohammad Asif who were jailed in the United Kingdom after being found guilty of spot fixing at the 2010 Lord’s Test against England.

All three have now had their five-year bans lifted and while Amir has already returned to the Pakistan team, Butt and Asif had been hoping to return to the international scene in the CPL.