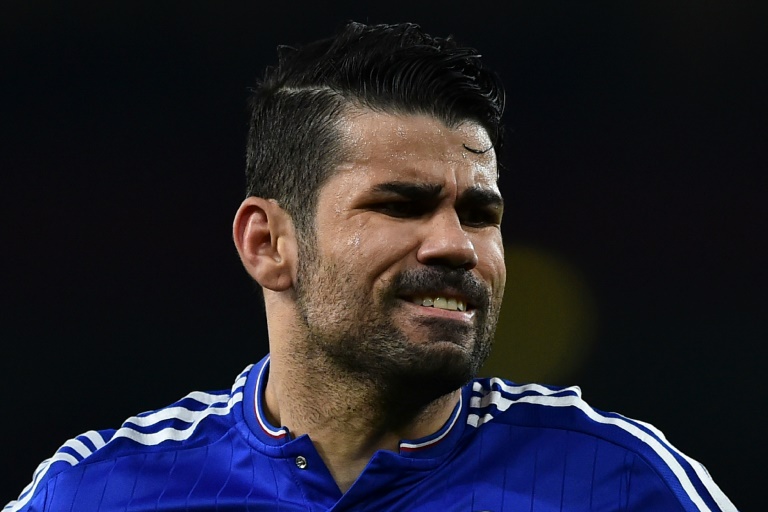 Diego Costa will wear a mask to play Newcastle United this weekend after breaking his nose in training.

The Spain striker, who clashed heads with Fikayo Tomori, a Chelsea under-21 player who had been invited to train with the first team, will be the second masked player in the side if he passes a fitness test.

“We are a team with a lot of masks,” said coach Guus Hiddink. “A Zorro team.”

Cesar Azpilicueta is also wearing a protective mask while Nemanja Matic has only recently stopped using one.

“Diego got in a duel and had his nose broken,” said Hiddink. “It was one of the youngsters of the academy who we like to join in with us.

“It was not a tough duel, but he put his nose on the back of the kid’s head. He was very unlucky and his nose was broken. He will return today.

“It was just a small incident, just a duel. But it’s very fragile when you hit your nose on the back of the head of a firm young man.

Hiddink will need Costa, who has scored seven goals this season, as he has a growing injury list.

The French centre-back is expected to be out for at least six months and will miss the Euro 2016 finals in his home country, but Hiddink insists Zouma is in good spirits.

He said: “It was curious for me. I called him a few hours before the operation in Barcelona and tried to encourage him.

“But, surprisingly, his mood was as if nothing had happened. He was very confident. The operation went well. It was severe, it was tough.

“The ligament… he’s out for months. So it’s a sporting tragedy for him, just in a period where I think he was improving in all aspects of his game.

“Not being able to play in the Champions League in France, and not to be a contender for the Euros… that’s tough.”

Zouma’s injury combined with the continuing uncertainty surrounding John Terry’s future at the club has focused attention on the limited central defensive options available to Hiddink.

“He (Miazga) moves up, and also I have a kid from the academy (Jake Clarke-Salter) who is now with us,” said Hiddink. He is coming up from the academy, but also Matt who has been with us a few weeks already.

“In the first-team squad of 15 or 16 players, we can also make variations with (Branislav) Ivanovic, Baba (Rahman), Azpilicueta… we have some options to choose.”

Hiddink confirmed he does not expect Loic Remy to leave the club despite being linked with a move to China.

He said: “I think this squad we have now will stay until the end of the season. We have to be very careful. We’d love to have double positions, and you never know what might happen, but I don’t see any changes.”

But the interim manager does not expect Alexandre Pato, signed on loan last month, to be available for at least another week.

Hiddink said: “He’s at the end of the second week of his pre-season and he’s doing well.

“Both him and Matt Miazga are training with us and doing an extra programme, made with a focus around next weekend. We’ll see how his fitness is then. He’s progressing.”