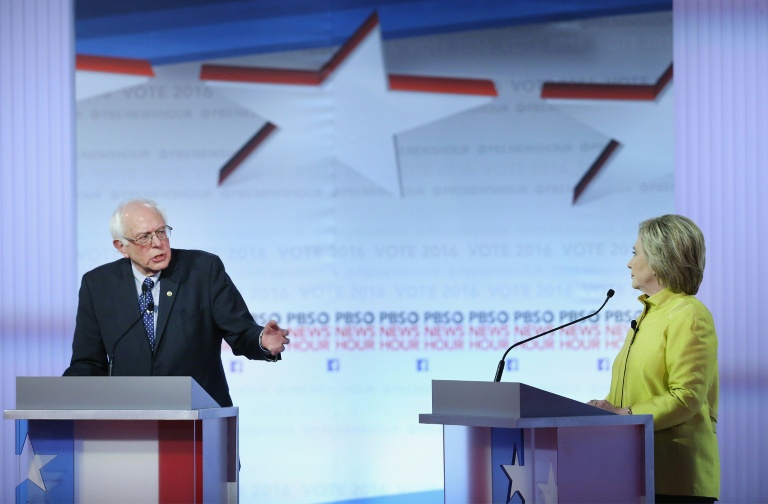 Democratic presidential contenders Hillary Clinton and Bernie Sanders locked horns early in their high-stakes debate, with the former secretary of state savaging her rival over his plan for universal health care.

“Based on every analysis that I can find by people who are sympathetic to the goal, the numbers don’t add up and many people will be worse off than they are right now,” Clinton said in assailing Sanders’ claim that working-class Americans could actually save money by implementing his single payer health coverage plan.

The candidates split the first two nomination contests of the race, with Clinton earning a very narrow victory in Iowa but Sanders trouncing her in New Hampshire earlier this week.

As the race expands to new states, including upcoming clashes in Nevada and South Carolina, Clinton said it was time “both of us are held to account for explaining what we are proposing because, especially with health care, this is not about math; this is about people’s lives.”

Sanders, a self-described democratic socialist who serves as an independent in the US Senate, has been criticized for the proposals that are part of his “political revolution” because they would likely expand government and balloon the deficit.

“I think the best analysis that I’ve seen based on Senator Sanders’s plans is that it would probably increase the size of the federal government by about 40 percent,” said Clinton, who has suggested that Sanders was aiming to dismantle the Affordable Care Act in favor of his health plan.

“We’re not going to dismantle anything,” Sanders shot back, explaining that middle-class families would pay $500 more in taxes while receiving 10 times that amount in the reduction of health care costs.

“In my view, health care is a right of all people, not a privilege, and I will fight for that.”

Clinton has distanced herself from Sanders by presenting herself as the pragmatist who can get things done in Washington, including addressing issues in income inequality and campaign finance reform — the core of Sanders’s message.

But in a sign Clinton might be recognizing that his approach is resonating with highly coveted young voters, she embraced one of his trademark lines.

“There aren’t enough good paying jobs, especially for young people, and, yes, the economy is rigged in favor of those at the top,” she said.

With Sanders showing surprising levels of support among young women voters, Clinton defended her record working to empower women and said she was not seeking their vote merely because she aimed to become the nation’s first female president.

“I have said many times I am not asking people to support me because I’m a woman,” she said.

“I am asking people to support me because I think I am the most qualified, experienced and ready person to be the president.”