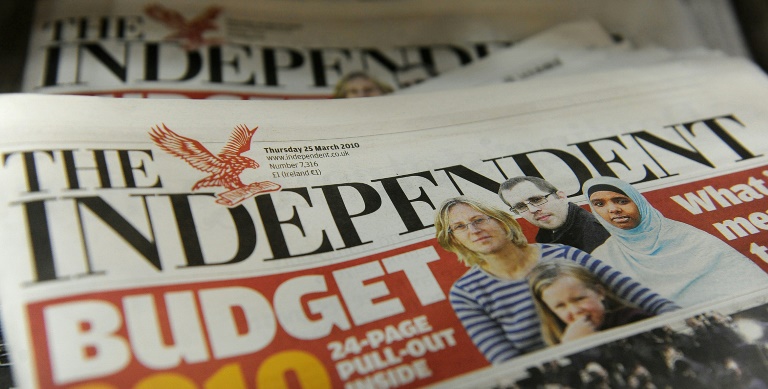 British newspaper The Independent will become digital only, and its last print edition will come out on March 26, owners ESI Media said in a statement on Friday.

ESI Media said it was also selling off the “i” — a cut-price sister title — to fund the website of The Independent.


“The newspaper industry is changing and that change is being driven by readers. They’re showing us that the future is digital,” said Evgeny Lebedev, the Russian-born British owner of The Independent, which was established in 1986.

“This decision preserves the Independent brand and allows us to continue to invest in the high-quality editorial content that is attracting more and more readers on our online platforms,” he said.

Like many newspapers, The Independent has struggled with falling readership numbers.

It has a total circulation of around 60,000, according to the latest figures, making it Britain’s least-read national paper.

ESI Media, which also owns TV station London Live and the British capital’s Evening Standard daily, said it would be “the first national newspaper to embrace a global, digital-only future”.

The company said it would launch a subscription mobile app and open new bureaux in Europe, the Middle East and Asia as well as expanding in the United States.

It added that “i” would be sold to publishers Johnston Press, subject to shareholder approval.

“A significant number of employees are expected to move across to Johnston Press,” it said, warning that there would be “some redundancies”.