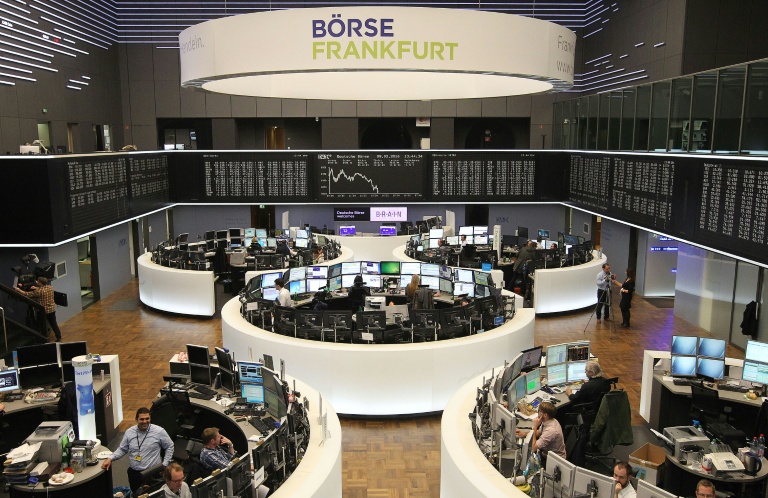 World stock markets slumped Thursday, gripped by yet another fierce sell-off after a warning by Federal Reserve boss Janet Yellen over the global economy, while oil fell close to 12-year lows.

New York’s Dow Jones Industrial Average sank overnight as Yellen also appeared to play down the chances of another US interest rate hike any time soon.

The news sparked a renewed sell-off in Asia on Thursday, with Hong Kong stocks tumbling as investors also played catch-up after a three-day break for the Chinese New Year.

“The Fed chair inspired a wave of panic late in the American session that has fed through Asia and turned up on Europeâ€™s doorstep,” Spreadex analyst Connor Campbell told AFP.

He added that “a lack of sufficient dovishness paired with gloomy comments on the global outlook” had reignited investors’ recession fears.

Dealers continued their flight to safe investments that has played out across trading floors from Asia to the Americas this week as they fret about a possible global recession.

On the first trading day of the Year of the Monkey, Hong Kong also slid on concerns about riots in the city this week that saw police battle street sellers, injuring several people. Analysts said the clashes could harm tourism.

Elsewhere, there were also sharp losses on most other Asian markets, with Seoul closing almost three percent down and Singapore off 0.8 percent, while Wellington also sank. However, Sydney rebounded on bargain-buying.

Tokyo, Shanghai and Taipei were all closed for public holidays.

The dollar sank heavily against the yen after Yellen’s testimony to Congress, and tumbled further on Thursday to strike 110.99 yen — the lowest level since late October 2014.

While she made no explicit comments on the Fed’s plans to lift rates — after December’s rise — her description of clouds looming over the US economy was taken as a hint there will be no increase in the immediate future.