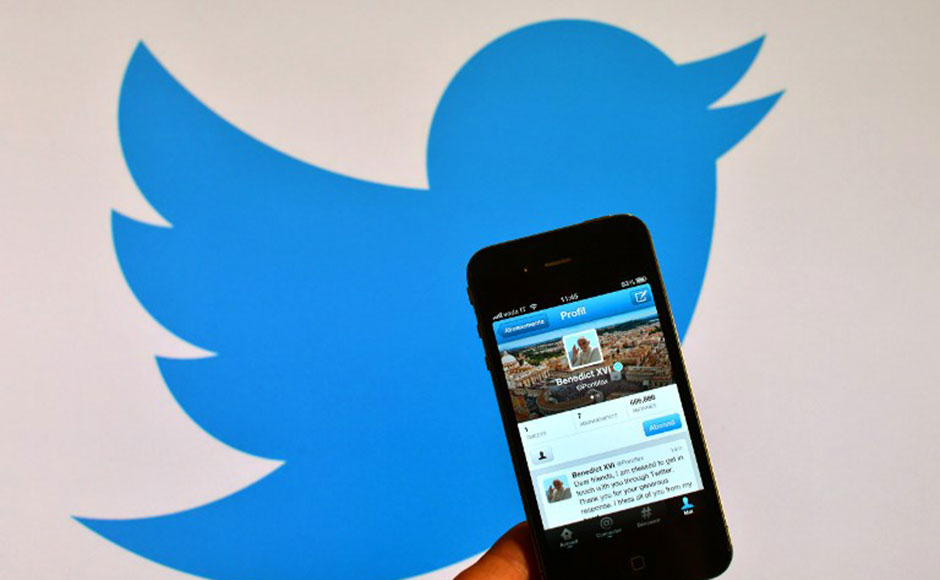 Twitter’s woes deepened Wednesday as the struggling messaging platform said it failed to add users in the past quarter, adding to concerns it is lagging in the fast-moving world of social networks.

The San Francisco group said its base of monthly active users was 320 million at the end of last year, unchanged from the previous quarter.

And excluding those who follow Twitter using text messaging, the user base declined slightly to 305 million from 307 million in the previous quarter.

Twitter, which has never earned a profit, said its loss in the past quarter narrowed to $90.2 million from $125 million a year earlier, but the market was focused more on its user growth.

Twitter shares dropped some 1.1 percent in after-market trades that followed release of the report, extending a steep decline that has eroded some 75 percent of its value from peak levels.

The latest report showed revenue climbed 48 percent to $710 million in the quarter when compared to the same period a year earlier.

Twitter revenue for the full year was up 58 percent to $2.2 billion.

Twitter has been under pressure to prove it can expand beyond its fierce following to be a mainstream society hit.

But its outlook for the current quarter failed to allay concerns, with revenue growth below most forecasts.

The company projected revenue of $595 million to $629 million, below most forecasts of $629 million.

“It’s remarkable we built this business in just five years from zero revenue,” the letter said.

“We’re confident that, with disciplined execution, this growth trend will continue over time.”

The letter said the reorganization which brought a new leadership team led by co-founder Jack Dorsey was poised “to move with greater agility and focus” as Twitter seeks to revive its fortunes.

Twitter announced earlier Wednesday it was revamping its timeline, allowing the “best” tweets to rise to the top, despite warnings of a revolt from members loyal to the real-time flow of the messaging platform.

The latest tweak was aimed at injecting new life into the one-to-many messaging service by moving away from a pure chronological timeline to one determined by algorithm, as used by social network leader Facebook.

Twitter said the “Show me the best tweets first” feature is optional and that users can stick with tweets rushing by like leaves on a fast-moving river, if they prefer.

The algorithm was most likely built on a “while you were away” feature that Twitter introduced about a year ago to show people notable posts they missed while not using the service.

The new feature is being introduced as Twitter strives to expand its ranks of users and ramp up the amount of time people spend at the service.

But reports of the timeline shift have already prompted protests from some users who say it may lead to the death of the platform, tweeting with the hashtag #RIPTwitter.

Earlier this month, one report said venture capital powerhouse Marc Andreessen and the firm Silver Lake Partners is considering a deal, perhaps to acquire or take a controlling stake in Twitter.

Twitter has been the target of takeover talk in the past, but none of the rumors played out. The latest report came fresh on the heels of the firm announcing it is overhauling its top management in a major shakeup.