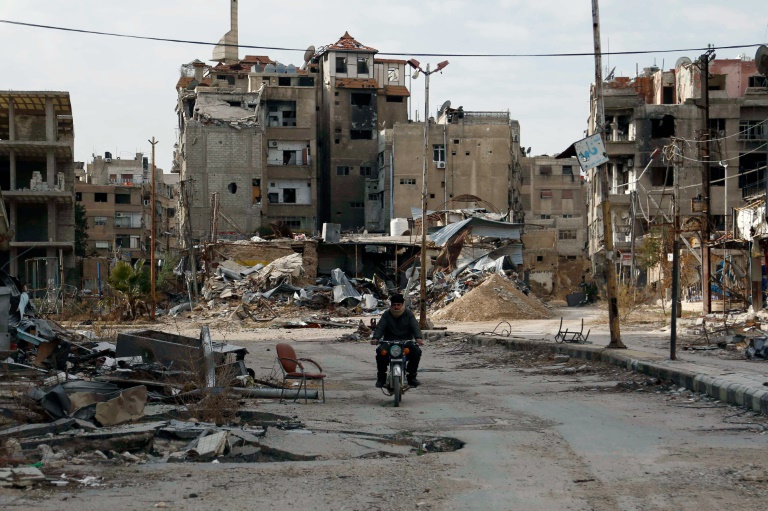 Russia’s defence ministry on Thursday accused the United States of bombing the Syrian city of Aleppo after the Pentagon said Moscow’s air strikes had destroyed two hospitals in the city.

Moscow furiously denied the US claim, charging in return that Washington had sent ground-attack planes to bombard Aleppo.

After reaching Aleppo by the most direct route, the US planes “conducted strikes against targets in the city,” Konashenkov claimed.

The Pentagon on Wednesday said that Aleppoâ€™s two main hospitals have been destroyed by Russian and Syrian government attacks this month in the Russian-backed regime offensive, warning of an “increasingly dire” situation in the city.

Russia’s defence ministry said Thursday that its air force had hit 1,888 “terrorist targets” in eight regions including Aleppo, Latakia, Hama and Homs provinces over the past week.

However, the defence ministry spokesman insisted that the air force’s closest bombing target to Aleppo on Wednesday was more than 20 kilometres (12 miles) outside the city.

The ministry vehemently dismissed accusations that civilians had been targeted in the strikes, saying that “Russian aviation and Syrian government forces will never launch strikes on the civilian population.”

Russia said Thursday it was ready to discuss the possibility of a ceasefire in Syria as foreign ministers gathered in Munich in a bid to restart peace talks.

“We are ready to discuss the modalities of a ceasefire,” deputy foreign minister Gennady Gatilov told journalists in Moscow, quoted by TASS state news agency. “That is what we will talk about in Munich.”

Kerry was set to meet with Russian Foreign Minister Sergei Lavrov in Munich to host talks with a 17-nation contact group designed to get the talks back on track.

But US frustration with Russia’s bombing in support of Syrian President Bashar al-Assad’s regime is growing, as fears mount that the opposition will refuse to join UN-led peace talks while their cities are under fire.

Russia launched a bombing campaign in the war-torn country last year at Assad’s request, saying strikes are aimed against the Islamic State group and other jihadists.

But the West has accused Moscow of targeting more moderate groups that oppose Assad’s regime.

International talks to end the five-year civil war that has killed more than 260,000 people broke down earlier this month amid accusations from the West and Syrian regime opponents that Russia’s air strikes in Aleppo were targeting opposition groups and civilians.

The talks were temporarily suspended until February 25, but Russian deputy foreign minister Gatilov said Thursday that they could “possibly start earlier.”