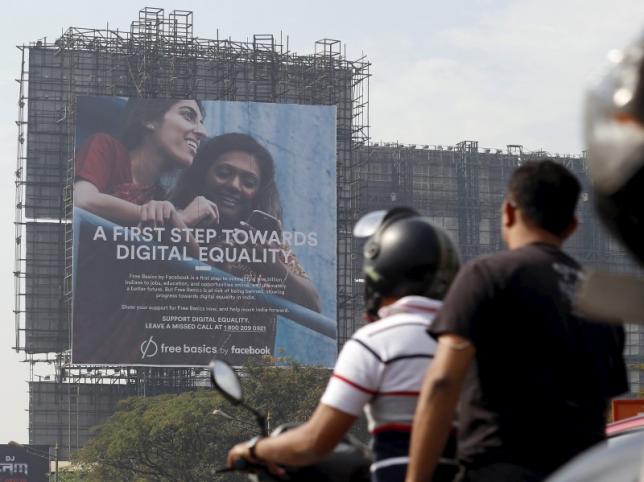 “Free Basics is no longer available to people in India,” a Facebook spokesperson said.

The service was offered in India in partnership with Reliance Communications and was earlier known as Internet.Org. While there was no reply from RCom to repeated queries in this regard, sources said it takes up to 48 hours to stop such a service as several websites were involved as partners.

Telecom Minister Ravi Shankar Prasad has also slammed Free Basics saying such differential pricing modes are “plainly not acceptable” and Internet should not become a monopoly of few.

After months long consultation process, triggered by the net neutrality debate, Telecom Regulatory Authority of India (TRAI) earlier this week barred operators from charging different rates for data access, dealing a blow to Free Basics and other such plans like Airtel Zero.

While Facebook had promoted Free Basics as a programme aimed at providing basic Internet access to people in partnership with telecom operators, critics slammed the service saying it violated the principle of net neutrality.

Launched in 2014, Facebook is running the programme across 17 countries.

The closure of Free Basics in India was announced on a day when Facebook founder Mark Zuckerberg distanced himself from controversial comments about the country made by the social media giant’s board member Marc Andreessen, saying they were “deeply upsetting” and did not represent the company’s thinking.

“I want to respond to Marc Andreessen’s comments about India yesterday. I found the comments deeply upsetting, and they do not represent the way Facebook or I think at all,” Zuckerberg said in a Facebook posting yesterday afternoon.

His comments came after Andreessen made an objectionable tweet after the TRAI order.

“Anti-colonialism has been economically catastrophic for the Indian people for decades. Why stop now?” Andreessen tweeted, immediately evoking a sharp reaction from Indians.

Andreessen quickly deleted the tweet and apologised through a series of tweets yesterday.