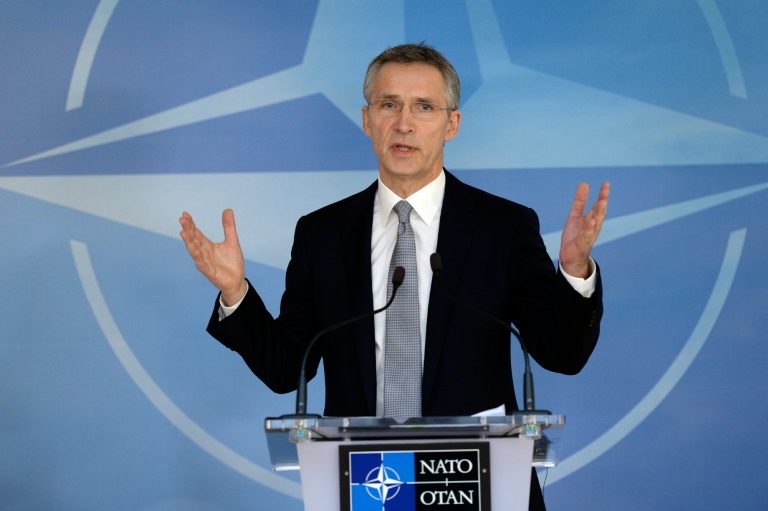 NATO chief Jens Stoltenberg on Wednesday said the alliance had approved plans for an increased presence in eastern member states alarmed by a more assertive Russia, sending a “clear signal” to any aggressors.

Stung into action by the Russian intervention in Ukraine and shock 2014 annexation of Crimea, NATO has boosted its resources and readiness to meet any new threat but its nervous former Soviet allies in the east are pushing for more.

Former Norwegian premier Stoltenberg said the 28-nation alliance’s defence ministers had agreed at a meeting in Brussels on plans for an “enhanced forward presence in the eastern part of our alliance”.

“This will send a clear signal. NATO will respond as one to any aggression against any ally,” Stoltenberg told reporters. “This will be a multinational (force) to show that an attack on one will be an attack on all.”

He spoke of a “more assertive Russia which has used force to change borders” and said that NATO, formed in the depths of the Cold War, now faced the “most challenging security environment in a generation.”

The force will likely involve between 3,000 and no more than 6,000 troops, NATO diplomatic source said, although Stoltenberg gave no further details as the project must now go to the military planners to be fleshed out.

They will rotate continuously through the three Baltic states — Lithuania, Latvia and Estonia, plus Poland, Romania and Bulgaria, the sources said.

Critics say the Ukraine crisis and the annexation of Crimea badly wrong-footed the alliance, which under-estimated Russia’s ability to move so quickly and make such effective use of hybrid warfare.

Stoltenberg recalled that in response, NATO has already taken steps to boost its readiness by creating a very fast reaction force, setting up forward command centres and pre-positioning equipment so that reinforcements can hit the ground running.

Combined, the measures amount to what NATO dubs “modern deterrence,” a doctrine meant to ensure that NATO can react quickly and flexibly to all emerging threats.

NATO leaders are expected to formally endorse the plans at a July summit in Warsaw, the capital of Poland which has led calls for the alliance to station troops permanently along the border with Russia.

Other NATO member states have been reluctant to revert to what they see as a Cold War stand-off with Russia, especially when seeking Moscow’s help to solve other conflicts such as in Syria.

Stoltenberg stressed that there was no going back “to the days of the Cold War when we had hundreds of thousands of troops on bases.”

Asked whether having just small forces on the ground acting as a tripwire would really be enough to deter Russia, the secretary general said he had no doubts.

“We believe it is the best way to deter in a changed security environment,” he said.

The Ukraine crisis has largely driven the changes in NATO but turmoil across the Middle East and North Africa has stoked fears the alliance faces a whole new series of threats.

Stoltenberg has said the changes made are also applicable to some of these threats, with the war in Syria directly impacting key alliance member Turkey.

US Defence Secretary Ashton Carter will host a meeting of the anti-Islamic State coalition at NATO HQ after the defence ministers meeting closes on Thursday to see what more can be done to defeat the extremists in Syria and Iraq.