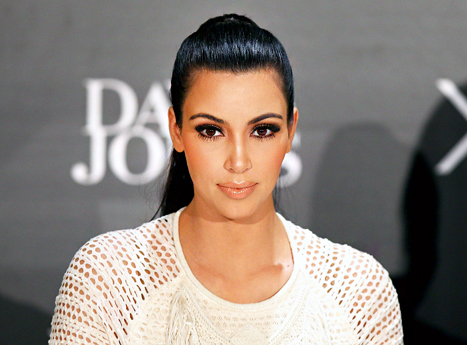 After giving birth to her son Saint West, it seems like reality star Kim Kardashian is struggling to adjust her life with two children. She recently admitted that it is harder than she thought.

The “Keeping Up with the Kardashians” star, who welcomed her second child Saint with husband Kanye West in December, said things aren’t all cool at home.

“I’m up at 4 a.M., pumping and delirious, hiding in my daughter’s closet because if she sees I snuck out of her bed, she will start to cry…” she wrote on her website.

The 35-year-old explains her mother, Kris Jenner, told her it would be a challenge having more than one child, but she thought she was exaggerating.

“My mom would always say, about having kids: ‘One is like one, and two are like twenty.’ I never really understood that until now,” she continued.

“It seemed like every time Kanye and I would go out, we would see couples – or really anybody that had kids – and everyone would say, ‘Wait until you have two.