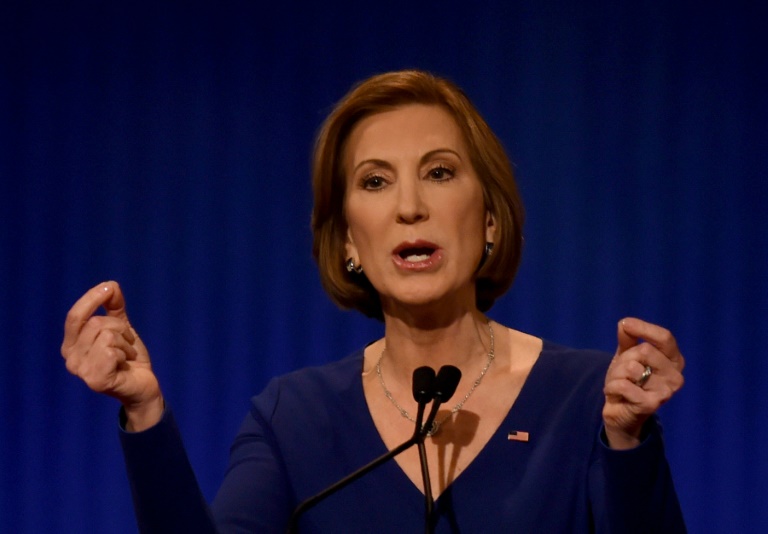 Republican Carly Fiorina, the outspoken former chief executive of Hewlett-Packard who argued she would be the sharpest challenger against Democrat Hillary Clinton for the presidency, ended her White House bid Wednesday.

“While I suspend my candidacy today, I will continue to travel this country and fight for those Americans who refuse to settle for the way things are and a status quo that no longer works for them,” Fiorina said in a Facebook post, one day after she finished seventh in the New Hampshire primary.

It was an expected move by the businesswoman, whose campaign never gained sufficient traction — or funding — to carry on beyond the early statewide contests.

Fiorina, 61, has hovered near the back of the broad Republican pack for several months. The RealClearPolitics polling average puts her at 2.5 percent support nationally.

She occasionally proved to be a commanding presence in debates, including a strong showing during an undercard event which propelled her onto the main stage in September.

But her campaign steadily slipped. She fumed when she missed the cut for last Saturday’s Republican debate, arguing she won more votes in Iowa than Senator Rand Paul, who had been invited but dropped out after Iowa.

And while Fiorina outlasted several rivals in the race including Paul, former Arkansas governor Mike Huckabee, and ex-senator Rick Santorum, her message did not draw enough support from Republican ranks or independents to be a viable contender going forward.

That leaves seven Republicans still in the race, although The New York Times cites sources close to Chris Christie saying that the New Jersey governor was expected to suspend his campaign later in the day.

With Fiorina’s departure, the Republican presidential field loses a fiery Clinton critic, an experienced businesswoman who argued that she, and not Hillary, was best-qualified to be the first female commander in chief.

In her Facebook post, Fiorina sent a message to female voters not to be intimidated or bullied into supporting a candidate.

“To young girls and women across the country, I say: do not let others define you,” Fiorina wrote.

“Do not listen to anyone who says you have to vote a certain way or for a certain candidate because you’re a woman.”

The advice appeared to be a clear jab at Clinton, whose supporter Madeleine Albright, like Clinton a former secretary of state, raised eyebrows last week when she warned that “there’s a special place in hell for women who don’t help each other.”