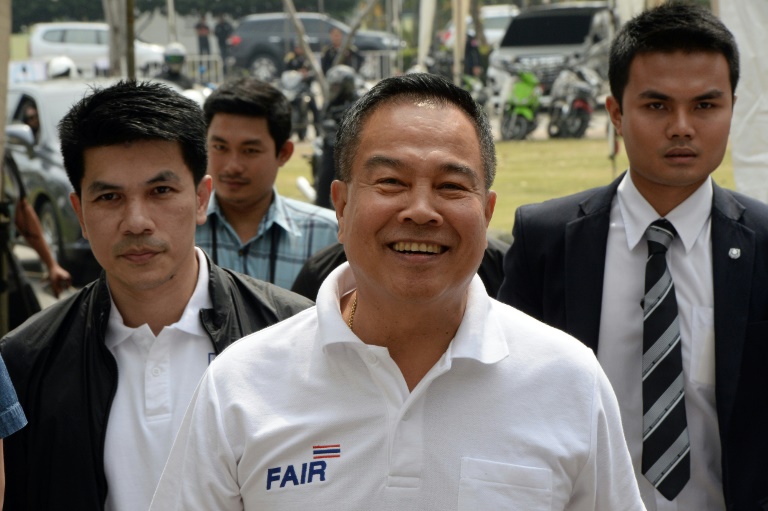 A colourful ex-police chief backed by Leicester City’s billionaire owners was elected Thursday as president of the embattled Football Association of Thailand, in a vote prompted by the suspension of the scandal-mired former boss.

Somyot Poompanmoung, the colourful ex-head Thailand’s police, scooped up 62 of the available 72 votes from football clubs and officials, according to an AFP reporter.

He was the frontrunner in a rowdy and often acrimonious campaign that brought to light massive public discontent with the game’s administrators in the football-mad country.

Somyot, 61, was supported by a number of big Thai football clubs as well as his friend Vichai Srivaddhanaprabha, the billionaire owner of table-topping English Premier League outfit Leicester.

He will succeed Worawi Makudi, a former FIFA insider and Thai football’s Teflon man who for years fended off endless scandals with lawsuits and bravado.

Worawi, a FIFA executive committee member for 18 years until last May, could not run in Thursday’s election after being suspended by the game’s governing body over an alleged breach of its ethical code.

He denies any wrongdoing.

Other candidates included Nataphol Teepsuwan, who is the chairman of Bangkok FC, another ex-policeman and an Football Association of Thailand (FAT) administrator.

“After today’s election, I want everyone to work together and hope the conflicts will disappear so Thai football can move forward,” Natapol told reporters ahead of the vote.

Observers say the squabble within Thai football mirrors the junta-run country’s recent political quarrels where elections have simply been ignored or annulled by powerful elites.

Worawi’s rivals have pilloried his tenure while the candidates have questioned each other’s eligibility to run the game.

Attempts to suspend the election have also been made, the last one rejected by a court late on Wednesday.

The jocular Somyot, who enjoys a kickaround and recently told AFP “he always wins”, has vowed to clean up the sport, allocate funds fairly and raise the standards of refereeing.

He wants to establish a national level academy system and says his links with Leicester City will help boost the quality of Thai coaches and backroom staff.

Somyot, who was appointed after a 2014 coup, is tipped to pursue a career in politics once elections have been restored to the military-run country.

Sport is a lever to power in the spin-dryer politics of Thailand.

The owner of one of Thailand’s best clubs, Buriram FC — who also backed Somyot — is a powerful former politician.

A football fan who attended the vote said he was desperate for Somyot to win.

“I want sincere people to run the game so that all of problems can be cleaned up and Thai football can reach a better standard,” Jakphol Lakthong told AFP.

Worawi was a long-time ally of the shamed suspended FIFA chief Sepp Blatter.

But he has finally been sidelined, a victim of heightened scrutiny by FIFA since a corruption scandal billowed out of the governing body’s Zurich headquarters last year.

While heading the FAT he faced down fraud and bribery allegations as well as a petition by tens of thousands football fans urging Thailand’s junta to kick him out.