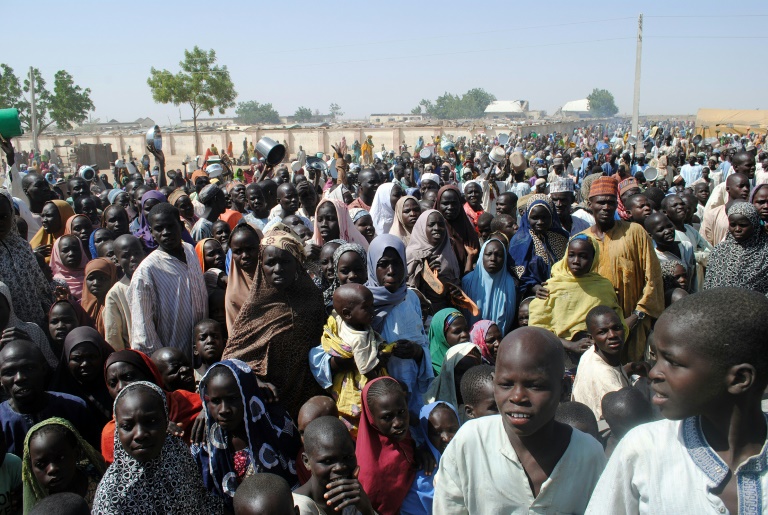 Two female suicide bombers killed more than 60 people at a camp for people displaced by an insurgency of the jihadist Boko Haram group in the northeast Nigerian town of Dikwa, military and emergency officials said on Wednesday.

The attack happened in Dikwa, some 90 kilometres (55 miles) from the Borno state capital, Maiduguri, on Tuesday morning and is believed to be a reprisal for a military strike on Boko Haram strongholds in the area last week.

It will again raise security fears about the safety of internally displaced people (IDPs) and put pressure on the government, which maintains it has the upper hand against the insurgents and is pushing for the return of civilians caught up in the violence.

Nigeria’s Vice-President Yemi Osinbajo, deputising for President Muhammadu Buhari who has been on holiday, described it as “regrettable that the heartless terrorists chose to unleash their wickedness on people who were taking refuge from previous acts of destruction in their homes”.

He promised those behind the attack would be hunted down and ordered that “formidable security in and around the IDP camps in the country be beefed up and renewed measures put in place to guard against future occurrences”.

The head of the Borno State Emergency Management Agency, Satomi Ahmed, earlier told AFP 35 bodies were recovered from the camp, which houses some 53,600 people, with 78 injured.

He later said the other dead had been buried locally, leading to the revised toll.

“From what we gathered three female suicide bombers disguised as IDPs arrived at IDP camp at about 6:30 am (0530 GMT),” he said.

“Two of them detonated their explosives. The third one refused to set off hers when she realised her parents and siblings were in the camp. She surrendered herself to the authorities.”

Ahmed said the woman told the military why she refused to detonate her explosives and warned them of further attacks to come in the remote region.

The injured were taken to the Borno State Specialist Hospital and the Umaru Shehu Hospital, both in Maiduguri for treatment, he added.

The camp in Dikwa is currently home to people from six local government areas in Borno: Dikwa itself, Gamboru Ngala, on the border with Cameroon, and the towns of Marte, Kalabalge, Bama and Mafa.

The women were largely from the Shuwa Arab tribe, who had been kidnapped, prompting the authorities to suspect the latest attack to be revenge for the military operation.

Boko Haram, which has increasingly used suicide and bomb attacks as the military pushes them out of territories it once controlled, has hit IDP camps before.

On September 11 last year, seven people were killed when an improvised explosive device went off at the Malkohi camp, near Yola, in neighbouring Adamawa state.

The camp had been used to house kidnapped women and children rescued by the military.

IDPs fleeing Dikwa were also the target of a female suicide bomber as they tried to reach camps in Maiduguri on November 22 last year. A woman disguised as an IDP blew herself up, killing eight.

On January 31, at least 85 people were killed in Dalori, some 12 kilometres from Maiduguri, when Boko Haram fighters attacked and burned down surrounding villagers.

Suicide bombers tried to get into the IDP camp, which is the largest around Maiduguri, but were prevented.

The Boko Haram insurgency has left at least 17,000 people dead and forced more than 2.6 million from their homes in nearly seven years of violence that has also spread to neighbouring countries.

At least six civilians were killed and more than 30 injured on Wednesday in a double suicide attack in the village of Nguetchewe, in northern Cameroon.