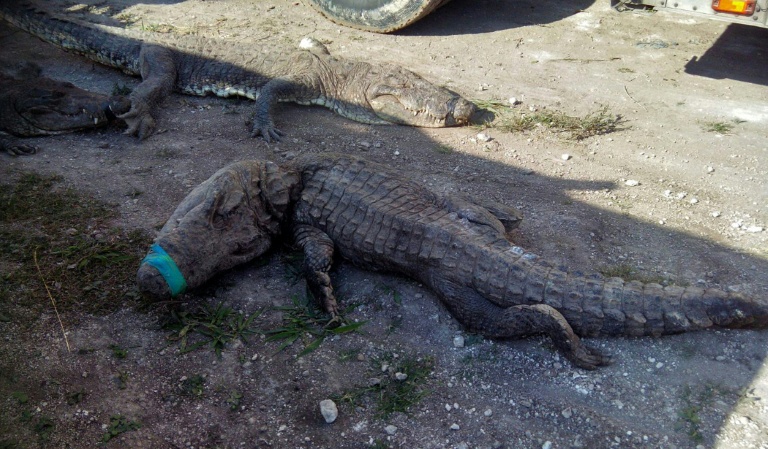 Even as more than 120 crocodiles were sent on a journey across Mexico in a truck, they all died from apparently suffocating and crushing each, authorities said.

The wildlife company Cocodrilos Exoticos, based in the Caribbean coast state of Quintana Roo, could face a fine of up to $193,000, the environmental prosecutor’s office said.

The 124 reptiles were among 350 Morelet’s crocodiles from another farm, Cocodrilos Mexicanos, located in the northwestern Pacific coast state of Sinaloa, the office said in a statement.

But inspectors discovered that 124 of the 350 specimens were dead when they arrived at the “Cocodrilia” wildlife conservation facility in the Caribbean coast town of Chetumal. There are 2,550 kilometers (1,580 miles) between the two cities.

The crocodiles “presumably died from suffocation and being crushed during the trip,” the statement said.

Pictures released by the prosecutor’s office showed the large truck and a handful of dead crocodiles on the ground, including one with its neck twisted.

The company is accused of failing to guarantee “dignified treatment” for the animals under wildlife protection laws.