Why Pak is a global terror supermarket? | Newsmobile
Saturday, February 4, 2023

Home World Why Pak is a global terror supermarket? 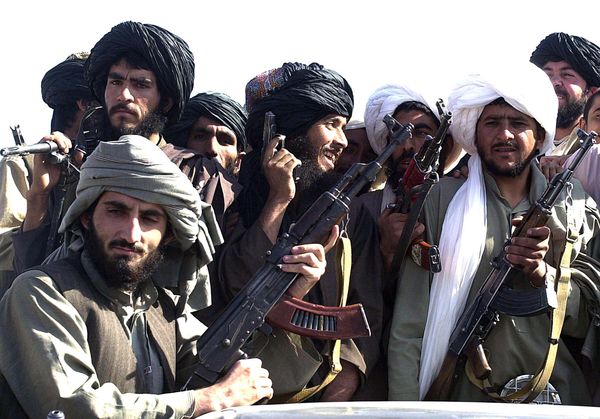 Pakistan has long been always accused of sponsoring and providing a safe haven for terrorists. United States, United Kingdom and other western powers have always felt strongly about the topic and have even provided means to combat and eradicate terrorism from the country, but to no avail.

The latest David Headley’s confessions have given ample amount of proof of ISI being involved hand-in-hand with the terrorist organisations such as the LeT.

A study which came out in 2008 clearly stated that Pakistan is the world’s most active sponsor of terrorist organisations which pose a major threat to the western world.

A majority of its state-sponsored terrorist activities have always been directed towards its neighbour India. Many experts believe that Pakistan is playing both sides; on one hand it is pretending to fight against terrorism and on the other hand, it is slyly supporting terror groups.

The ISI has always been looked as the state agency which helps terror groups to enter carry out their terror activities throughout the world, focusing mainly on India.

So why does Pakistan supporting terror activities, why is it like a supermarket for global terror?

One of the reasons I feel that why Pakistan is in such a state of affairs is because of its entities such as ISI. ISI was created mainly to counter the growing military of India on the border. Over the period of time, the civilian rulers have given so much power to ISI, that now the governments cannot function without the support of ISI.

The army and ISI are well aware of their power over and demand a free-hand over Pakistan’s foreign and defense priorities.

Militarily speaking Pakistan does not have the poweress and the stomach to wage a conventional warfare against India let alone win it; hence, it resorts to tactics which are morally questionable. Because India doesn’t have an expansionist policy, they keep on prodding India time and again, by sending squads of terrorists across the border.

The Army and the ISI supported America during the cold war, not because they like the idea of democracy, but because they wanted to counter the Indo-Russia alliance; this was a perfect opportunity for them to get the support of one of the two super-powers.

After the global war on terror was over and Taliban was defeated in Afghanistan, ISI played a trick. Because it wanted the proxy war to continue for the Muslim dominated state of Kashmir against and the majority of the fighters came from the ranks of Taliban, it started providing a safe haven, training camps and expertise in guerrilla warfare to the new recruits of the terror group.

Pakistan also gave sanctuary to the Pashtun fighters of the Taliban, who were defeated and driven out of Afghanistan by American forces. These fighters have settled down in North Waziristan. The group now also wants to impose the Sharia Law in the region.

After the attacks on the on the Marriot Hotel and Pearl Continental attacks, the Pakistani army did launch an offensive against the terror groups, but these are just short term measures. If Pakistan really wants relief, then the ISI has to stop providing aid and safe haven to terror outfits heads. Mullah Omar  the Head of Taliban was said to be living in Quetta or Karachi with the help from ISI until his death in 2013.

Why the Pakistani government does not try to take long term actions against terror groups is a question which everyone fails to find an answer to. The probable answer to this is that the government is willing to sacrifice a few children and soldiers because it will be less politically problematic than to go on a full-scale offensive which has the backing of the ISI and the Pakistani army.