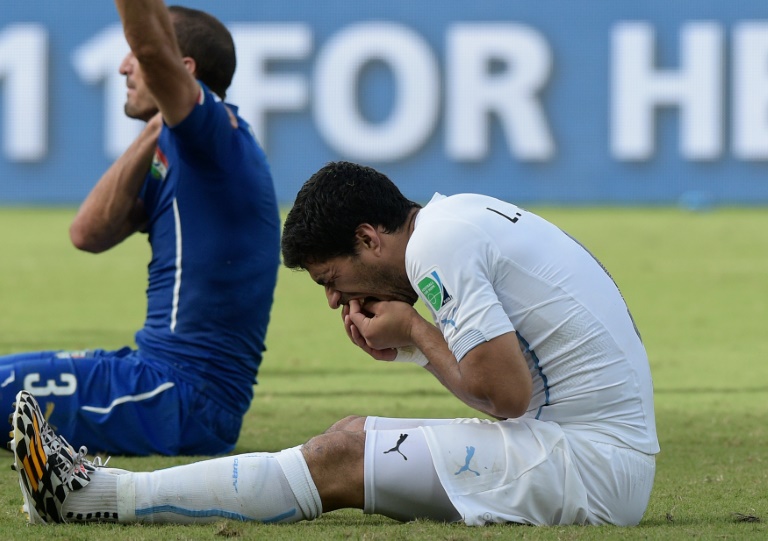 Uruguay are looking forward to their star striker Luis Suarez’s return to international football next month after his nine-match ban for biting an opponent, coach Oscar Tabarez told AFP on Tuesday.

“We were waiting for this moment and now it has arrived,” Tabarez said in an interview, reiterating his disagreement with what he called the “unjustly excessive penalty” the player received.

Suarez was banned from international matches for nine games after biting Italian defender Giorgio Chiellini during the World Cup in Brazil 18 months ago.

Now the 29-year-old goalscorer could make his international comeback when Uruguay play away to Brazil on March 25 in a qualifier for the 2018 World Cup.

Uruguay then host Peru on March 29.

“Suarez is important for what he does on the pitch, for the goals he scores and the importance those goals have for the team, and for how he overcomes difficulties. That is what he has and it is an asset,” Tabarez said.

“Players evolve. As times passes and he makes the most of the circumstances, his potential could grow.”

Uruguay beat England and Italy to reach the last 16 of the World Cup before being knocked out by Colombia, although Suarez was missing for that match.

The ‘sky-blues’ have started the current regional qualifying campaign strongly and are second behind Ecuador.

That was in spite of Suarez’s absence and a two-match ban for another key striker, Edinson Cavani of Paris Saint-Germain.

Cavani was suspended after a confrontation during a match against Chile in last year’s Copa America.

Uruguay have some key defenders injured for the coming qualifiers, including captain Diego Godin of Atletico Madrid.

The scandal has seen several top officials from various countries arrested in a US bribery probe.

Tabarez said he hoped regional football governing body CONMEBOL would be rebuilt for the good of the game.

“It was like a bomb had gone off. It was very tough,” he said of the scandal.

“But there is the hope that something can be rebuilt over the ruins of what has happened, to get back to the path we want.”