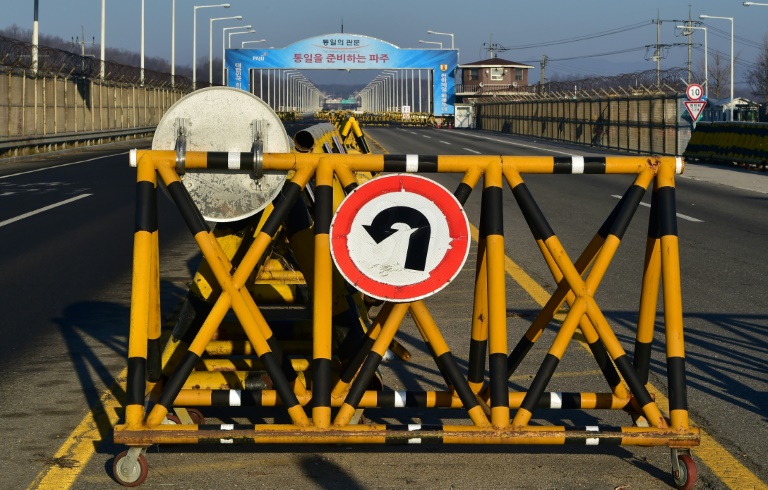 South Korea said Wednesday it would completely shut down a jointly run industrial park in North Korea, which it claimed Pyongyang had been using to fund its nuclear and missile programme.

Days after North Korea launched a rocket that the international community says was a disguised missile test, Seoul said it was closing the Kaesong estate — the first time it has ever done so.

“Today, in order to stop funds of the Kaesong Industrial Complex from being used to support the development of North Koreaâ€™s nuclear and missile capabilities… the government has decided to completely shut down” operations, a statement said.

The Seoul-funded estate, just 10 kilometres (six miles) across the border in North Korea, has been a precious source of hard currency for the isolated and impoverished North since its opening.

The estate has been operating “with a view to assisting the lives of the North Korean people, providing impetus to lifting up the North Korean economy and achieving the shared progress for both South and North Korea,” the statement said.

“However, such assistance and the efforts of our government have ultimately been wrongly harnessed in the service of upgrading North Koreaâ€™s nuclear weapons and long-range missiles.”

These included a ban on North Korean ships entering Japanese ports. “Third country” ships that have visited the country will also be barred.

North Korea insisted that its weekend rocket launch was a peaceful launch of a satellite, but Seoul, Washington and their allies say it was a ballistic missile test.

In the immediate aftermath of the launch, the US and South Korea announced plans to start formal talks on deploying an advanced missile defence system in the South.

That drew rebukes from Russia and China, who fear the Terminal High Altitude Area Defence System (THAAD) could target their weapons.

Moscow on Wednesday lashed out at the move, saying it could “provoke an arms race in Northeast Asia and complicate the resolution of the nuclear problem on the Korean peninsula.”

Even in 2010, when the South accused the North of sinking one of its warships and imposed punitive sanctions, Kaesong stayed open.

The only exception was in 2013 during a period of heightened cross-border tensions when Pyongyang effectively shut down the zone for five months by withdrawing its workers.

South Korea’s government and companies over the years have invested more than one trillion won ($837 million) in the project.

“All our support and efforts… were taken advantage of by the North to develop its nuclear weapons and missile programmes,” said Hong Yong-Pyo, Seoul’s unification minister in charge of cross-border affairs.

All South Korean managers currently working at the site, totalling 184 as of Wednesday, would be summoned home, Hong said, adding Seoul had notified the North of the decision.

“We ask for people’s understanding about our decision, which was inevitable given the grave situation on the Korean peninsula,” he said.

Analysts said shuttering the estate could have major consequences.

“The situation looks pretty grave and I worry about the safety of the South Korean workers (at Kaesong),” said Lee In-Bae, director of the Seoul-based Korea Peninsula Future Forum.

“(The North Koreans) may detain one or two South Korean nationals (at the estate) and try to use them as a bargaining chip for future negotiations.”

Hong Hyun-Ik of Seoul’s Sejong Institute think-tank said Kaesong in the past “symbolised the clear line between political and military turbulence and civil and economic cooperation. But the line has now been crossed.

“I’m afraid of the impact the decision will have on our sovereign ratings, our economy and our financial systems.”

Cheong Seong-Chang, of the same institute, criticised the shutdown as “the worst possible choice” by Seoul which would not hurt the North’s economy as much as expected.

“Shutting it down will likely lead to more confrontation between two Koreas, which will further intensify anxiety among South Koreans over national defence, not to mention the economic toll on our companies,” he told AFP.