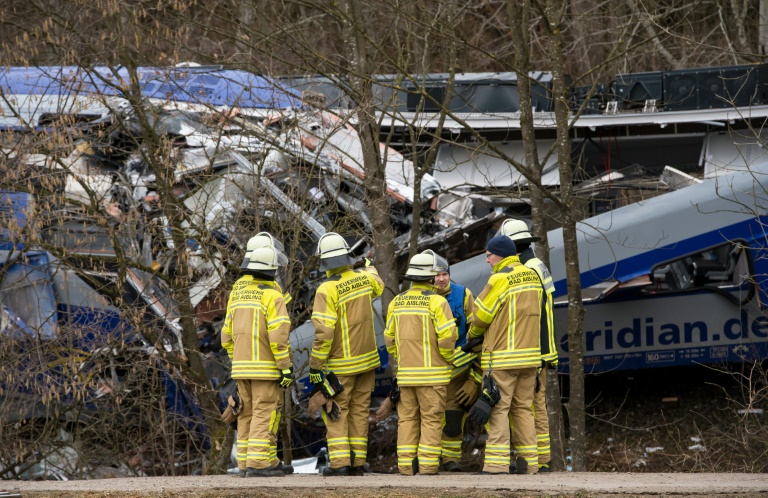 German investigators raced Wednesday to determine what caused a train crash that killed 10 people, warning it was too early to draw conclusions as media reports claimed human error was to blame.

Two trains travelling at high speeds crashed head-on Tuesday on a single track in one of Germany’s deadliest accidents in years, with one slicing the other apart, ripping a large gash in its side.

All bodies had been recovered from the wreckage, police said, adding that 17 people were severely injured and 63 slightly hurt in the collision near the southern spa town of Bad Aibling.

Transport Minister Alexander Dobrindt said the line was fitted with an automatic braking system that should have prevented such accidents and investigators were probing whether the mechanism malfunctioned or whether there had been human error.

That action would have also shut off the automatic braking system.

The second train then forged ahead on the same track in the opposite direction, before the first was able to split off where the line divides into two, according to RND.

The influential daily Sueddeutsche Zeitung also said preliminary investigations showed that the safety system had been manually switched off by a signalling controller who only realised he had made a colossal mistake when it was too late.

Police would not confirm the reports, and a spokeswoman from the transport ministry would also not be drawn.

“All possibilities that could have led to this disaster are being examined. That includes examining the black boxes, looking at what happened on the tracks, speaking with witnesses and signalling workers,” said spokeswoman Vera Moosmayer.

“There are no findings yet. The investigations are ongoing.”

Dobrindt himself had cautioned against any speculation on the causes of the disaster.

“At the moment we will have to wait,” he had said Tuesday. “Everything else is speculation, and would be unhelpful and inappropriate.”

Stefano, 24, a passenger on one of the trains, told Bild newspaper that the horrific accident began with a sudden “screech, like with an emergency brake”.

“Then there was a real crash, it was damn loud. The back of the train was thrust up. The lights went out and I was thrown across half the train.

“I was so scared I was going to die. Next to me, a man was flung head-on against a window pane, he was around 45 to 50 years old. I saw how he died,” recounted Stefano, who was later helped out of the train by fellow passengers.

Large cranes have been sent to the wooded area next to a river to help with extraction efforts.

The accident is Germany’s first fatal train crash since 2012, when three people were killed and 13 injured in a collision between two regional trains in the western city of Offenbach.

The country’s deadliest post-war rail accident happened in 1998, when a high-speed ICE train linking Munich and Hamburg derailed in the northern town of Eschede, killing 101 people and injuring 88.