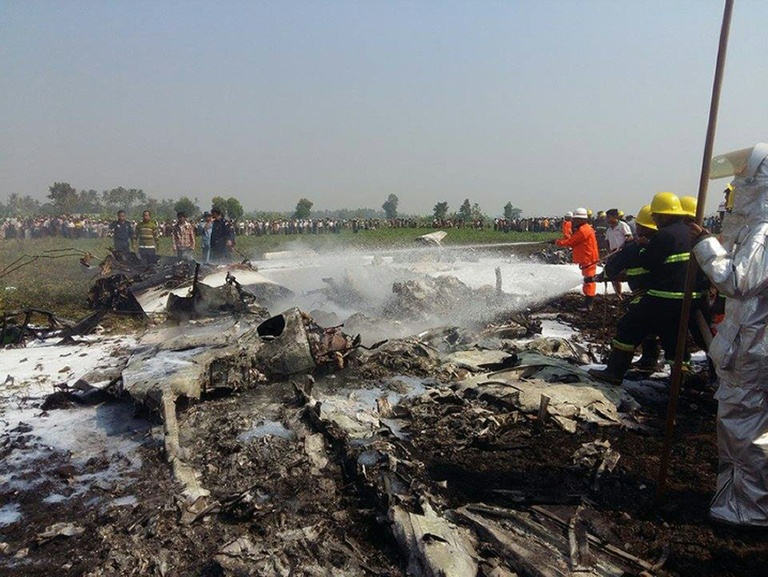 The Beechcraft passenger plane, which was carrying five crew members and believed to be on a routine patrol, went down in agricultural land near the airport.

Hundreds of people gathered in the area as officials raced to extinguish the fire and sift through the smouldering wreckage of the plane, according to an AFP reporter at the scene.

“Four people were killed and we think one is alive,” a senior police official in the capital told AFP, asking not to be named because the incident involved a military aircraft.

The plane burst into flames soon after leaving the runway, according to an airport official, who also asked to remain anonymous.

No one from Myanmar’s powerful and secretive military was immediately able to comment.

Myanmar has a busy aviation sector, partly to compensate for the country’s poor road and rail infrastructure.

While news of military air crashes is relatively rare, there have been several incidents involving commercial planes in recent years.

In July, an Air Bagan ATR 72 twin-engine turboprop carrying 49 passengers skidded off the runway after landing during heavy rain at Yangon International Airport.