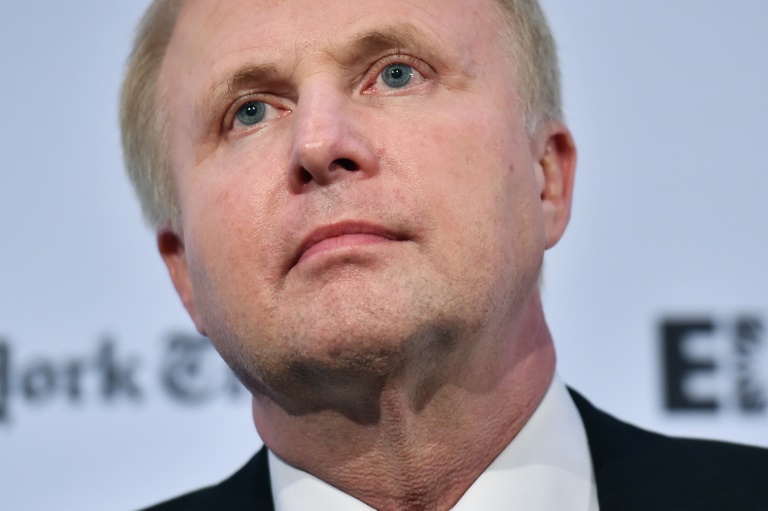 BP boss Bob Dudley said Wednesday he was “very bearish” on oil prices for the first half of 2016, but forecast supply and demand would balance in the second half.

“We have been bearish for two years now on the price of oil and we are very bearish on this first half of the year,” Dudley told the International Petroleum Week industry conference in London, indicating that price levels would remain subdued.

“I think it’s going to be a very choppy and volatile first half of the year.

“Some time in the second half of the year, in the third or fourth quarter, we actually believe the daily supply and demand” will be balanced, he added.

“By that time, every storage tank and swimming pool in the world will be full of oil. And then … the market then starts to pull the plug.

“And I think we will begin to see the fundamentals (of supply and demand) take over.”

Crude prices have crashed from peaks above $100 per barrel in mid-2014 to under $30, hit by chronic oversupply, weak demand and a slowdown in the global economy — particularly key consumer China.

Prices were approximately $2-3 above those levels in afternoon deals on Wednesday.

The precipitous drop in the cost of oil has slashed the profits of energy companies, prompting them to axe thousands of jobs, slash investment and restructure for a low-price environment.

“I don’t think we will see $100 oil for a while, and I agree â€¦ now is probably not the right time to prophesise prices but the commodities cycle is not over,” added Dudley on Wednesday.

He said that about “$400 billion of projects have been deferred or cancelled” by the global energy sector in response to collapsing oil prices.

“Some groups can see a trillion dollars worth of activity being deferred over the next three years.

“That’s going to lead to another reaction” in the oil market, he warned.