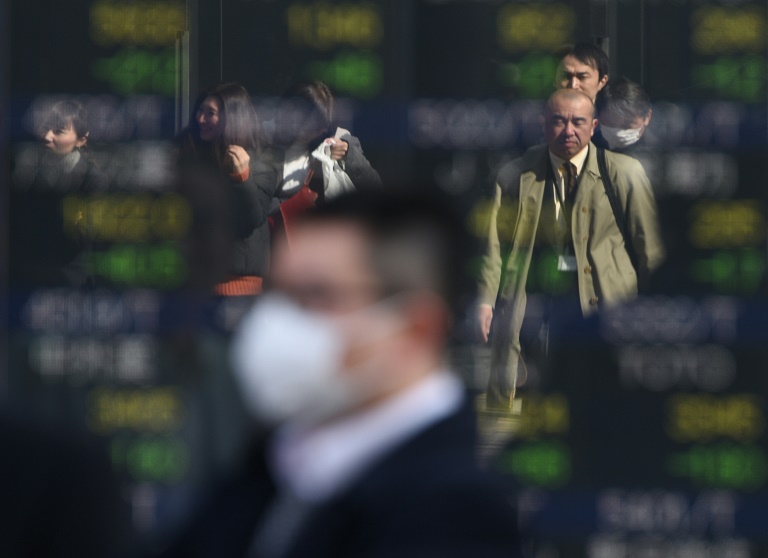 Financial markets in Europe and on Wall Street took another hammering on Monday, with the latest round of losses sparked by worries about the financial sector as the global economy slows down, without the support of the Federal Reserve’s easy money policies.

The rout spread to Tokyo, with a pair of Japan’s biggest banks losing more than seven percent each and major brokerage Nomura tanking nearly 11 percent.

In the early afternoon, the yield on Japan’s 10-year government bond dropped below zero for the first time ever as panicked investors ran for safety.

The dollar slipped below 115 yen, hovering around its lowest levels since late 2014. It fetched 114.45 yen in the afternoon.

Investors tend to buy the Japanese unit as a safe bet in times of uncertainty or turmoil. But a stronger yen is a negative for Japanese exporters and knocks demand for their shares.

The decline in the Japanese bond yield — effectively a bond’s return if held to maturity — reflects rising demand for the rock-sold investments.

“We had a bubble in people’s expectations of the power of central banks. And now we’re seeing that bubble burst,” Soichiro Monji, chief strategist at Daiwa SB Investments, told Bloomberg News.

“Investors are pricing in the fact that central banks can no longer control markets.

“That became apparent after the Bank of Japan’s last stimulus, and now a similar view is strengthening about the ECB.”

Japan’s central bank shocked markets last month by adopting a negative interest rate policy — intended to ramp up lending to people and businesses in order to kickstart the economy and fend off deflation.

The move sparked a surge across global financial markets and sent the yen tumbling, but the good times quickly faded.

In Asia, crude prices staged a rebound after US benchmark West Texas Intermediate fell back below $30 a barrel on Monday.

But petroleum-linked shares in Tokyo still suffered, with energy explorer Inpex falling 4.94 percent to 980 yen at the break, while JX Holdings dived 4.56 percent off to 452 yen.