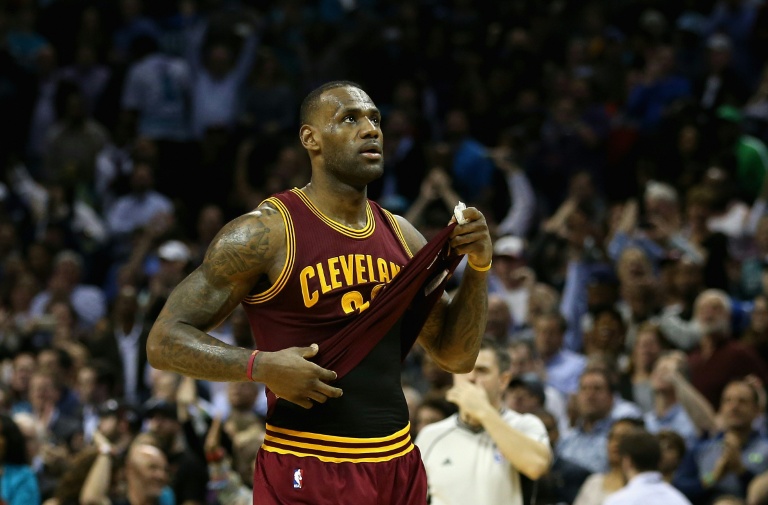 Cleveland superstar LeBron James posted his 40th career triple-double — and his first this season — to lead the Cavaliers to a 120-100 NBA win over the reeling Sacramento Kings.

James had 21 points, 10 rebounds and 10 assists and teammate Kyrie Irving added 32 points and 12 assists to pile on the misery for the Kings, who have lost four straight and eight of their last nine.

Sacramento coach George Karl reportedly could be fired before next weekend’s All-Star break.

Cleveland were in control throughout, stretching a 16-point halftime lead to as many as 24 in the third quarter.

James capped his triple-double with his 10th rebound in the final minute of the third period.

He said he didn’t realize until the end of the quarter that he had achieved the triple-double.

“I just go out and continue to play the game,” James said. “If it happens, it happens. If it don’t, it doesn’t.

“The only concern is how we can close out quarters and win the ball game.”

It was another encouraging performance from Irving, still returning to full strength after missing the first two months of the season as he continued to recover from the knee injury he suffered in the first game of last season’s NBA Finals.

“I think we are just starting to settle into our roles every game out,” Irving said. “Last few games felt really good.”

Cavs forward Kevin Love, back from a one-game absence with a bruised thigh, scored 11 points and surpassed 9,000 for his career in the first half.

Portland point guard Damian Lillard scored a game-high 33 points in the Trail Blazers’ 112-106 win over the Grizzlies in Memphis. He made 10 of the Trail Blazers’ 14 free throws — including two late in an overtime in which Portland outscored Memphis 10-4.

Portland trailed 102-100 with 7.6 seconds left in the fourth quarter and attempted three shots — the last an equalizing tip-in by Allen Crabbe with one-tenth of a second left.

In Atlanta, the host Hawks led the Magic by 20 in the first quarter but Orlando battled back, erasing an 11-point fourth-quarter deficit to triumph 117-110 in overtime with the aid of 28 points and 12 rebounds from center Nikola Vucevic.

The Clippers rallied for a 98-92 overtime triumph over the lowly 76ers in Philadelphia.

Jamal Crawford and J.J. Redick scored 23 points each and center DeAndre Jordan scored four of his 12 points in the extra session.

Point guard Chris Paul added 19 points, seven assists and six rebounds for Los Angeles, who trailed by 19 points in the first half and by eight with six minutes left in regulation.

It came down to the wire in Brooklyn, where Nets forward Joe Johnson hit the game-winning three-pointer with one-tenth of a second remaining to give the hosts a 105-104 triumph over the Denver Nuggets.

The Nets had wasted a 16-point lead before pulling out the dramatic victory.

The Indiana Pacers also held on for a win, 89-87 over the Los Angeles Lakers in Indianapolis.

Paul George scored seven of his 21 points in the final one minute and 11 seconds as the Pacers thwarted a Lakers rally.

The Lakers trailed by as many as 17 in the third quarter and were down 75-68 before Kobe Bryant led a rally that put the visitors up 84-80.

George scored the next six points with three free throws and a three-point play as the Pacers held on.