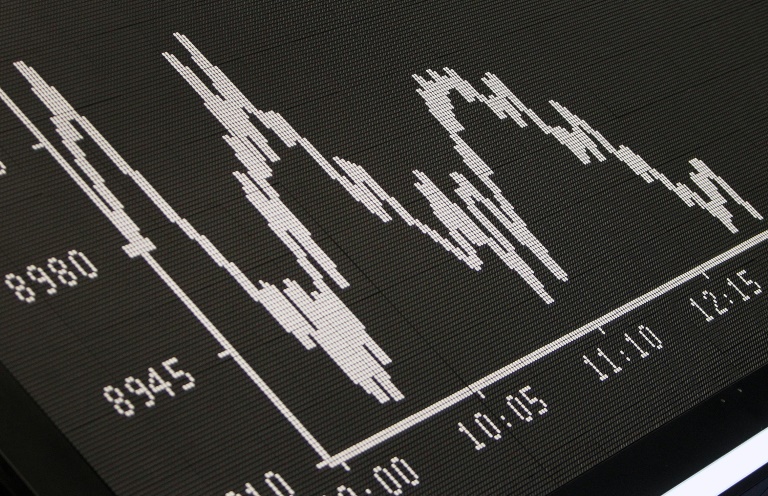 Stocks worldwide resumed their downward slide Tuesday a day after a massive sell-off as investors failed to shake off dogged fears over economic weakness, banking woes and a gloomy oil price outlook.

European indices were again in the red at closing, having failed at earlier attempts to find some support in the wake of sharp losses on global exchanges on Monday.

Paris’ CAC slid 2.45 percent earlier in the session, rebounding slightly to close 1.7 percent down, its lowest since October 2014 weighted down by concerns about the banking sector.

“European stocks are trading broadly to the downside, with basic materials and oil and gas stocks remaining in sell-off mode, but financials are leading the drop as concerns toward the impact on the sector of the persistent heightened global volatility,” analysts Charles Schwab said in a note to investors.

Wall Street looked set to not escape the gloom either. After opening in negative territory, the Dow Jones Industrial Average was marginally down by 0.01 percent, following heavy falls on Monday.

Asia had earlier picked up the baton, resulting in Tokyo’s main index plunging more than 5.0 percent as investors sought the safety of the yen.

Gold, seen also as a haven in times of economic turmoil, hit a seven-month high above $1,200 an ounce on Monday. It slipped back slightly Tuesday to trade at just under $1,190.

“All this negativity in risk assets has helped to push gold towards the key $1,200 an ounce level as the fear of risk taking manifests itself in the rush to safe havens.”

Tokyo stocks led a rout across Asian markets, while Japanese government bond yields turned negative and the dollar dived against the yen on fears over the global economy.

With most of the region closed for the Chinese New Year holiday, trading was thin, while the dealers stuck at their desks took the lead from New York and Europe where banking shares were battered on Monday.

The equities sell-off is the latest this year, which has seen trading screens from Asia to the Americas awash with red.

The latest round of blood-letting came on the back of worries about the financial sector as the global economy slows down, without the support of the Federal Reserve’s easy monetary policies.

Deutsche Bank, Germany’s biggest lender, has felt compelled to reassure investors that it has sufficient cash to pay its riskiest debts, as banking shares around the world take a hammering on slowdown fears.

In a short statement late Monday, the bank — whose shares have plummeted by nearly 40 percent since the beginning of the year — said that it has more-than-sufficient means to pay coupons on its riskiest debt both this year and next year.

An unexpected drop in German industrial production in December, as well as a decline in exports, meanwhile cast a shadow over the outlook for Europe’s biggest economy.

“Overall, the figures deal a further blow to expectations that growth in the German and eurozone economies will pick up in 2016,” said Jonathan Loynes of research group Capital Economics.

The European Central Bank would therefore need step up its stimulus, he argued.