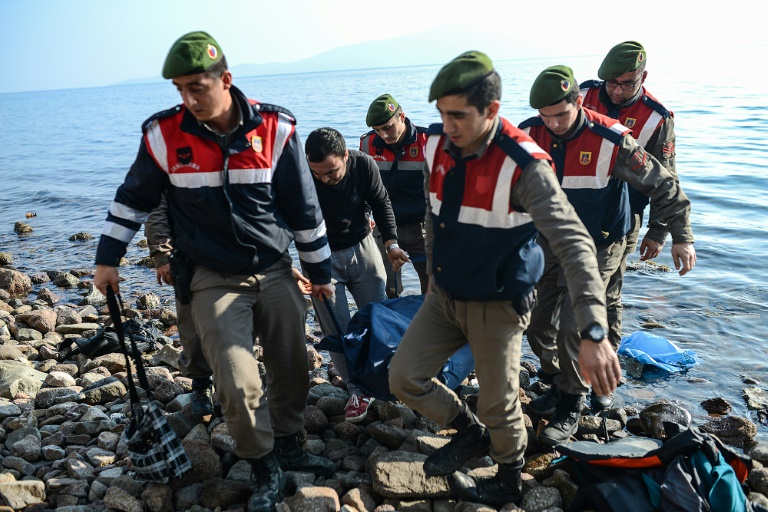 Twenty-four migrants, including 11 children, drowned in the Aegean Sea on Monday as they tried to cross from Turkey to Greece, Dogan news agency said.

The agency initially said at least 35 migrants had died in two separate accidents off western Turkey, but later reported that there was a single incident with 24 deaths.

The migrants died when their boat sank off the district of Edremit in the western province of Balikesir in an apparent bid to reach the Greek island of Lesbos, Dogan said.

Two were rescued both by air and by sea in a search and rescue operation by the Turkish coastguard, Dogan news agency said.

Turkey, which is hosting at least 2.5 million refugees from Syria’s civil war, has become the main launchpad for migrants fleeing conflict, persecution and poverty to Europe.

The deaths came as German Chancellor Angela Merkel was meeting Turkish officials in Ankara for talks on reducing the influx of migrants to Europe.

The Turkish government struck a deal with the EU in November to halt the outflow of refugees, in return for three billion euros ($3.2 billion) in financial assistance.

The EU on Wednesday finally reached an agreement on how to finance the deal.

But the deal and the onset of winter do not appear to have deterred the migrants, with boats still arriving on the Greek islands daily.

The International Organization for Migration (IOM) said the number of refugees and migrants who perished in the Mediterranean in January alone topped 360.

In January, almost 62,200 migrants and refugees entered Europe through Greece, according to the IOM, most of them from Syria, Afghanistan and Iraq.