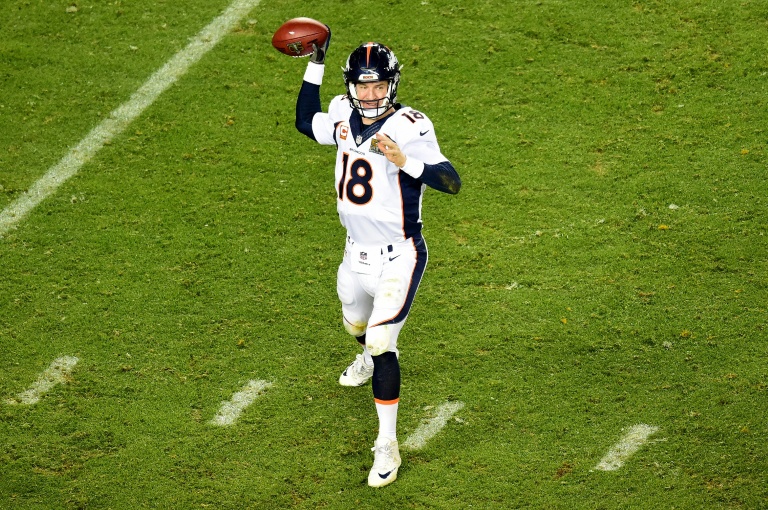 A tearful address by Peyton Manning on the eve of the Super Bowl laid the foundation for Denver’s upset victory over the Carolina Panthers, the veteran quarterback’s Broncos team-mates revealed Sunday.

Just hours before kick-off of Sunday’s National Football League season showpiece, it emerged that Manning had choked back tears as he addressed the Broncos with veteran defensive star DeMarcus Ware on Saturday.

Manning, 39, spoke to the team about their rollercoaster route to the Super Bowl, which saw him battle through injury and loss of form before finally securing a second Super Bowl triumph.

Denver cornerback Bradley Roby said the speech had left the Broncos even more determined to deliver on Sunday as Manning’s career as one of the greatest quarterbacks in history draws to a close.

“That’s our leader, he’s been through a lot this season,” Roby said.

“The media has killed him, for sure. I’ve had to defend him, lie after a game and he’s done nothing but persevere. He talked about that yesterday. He talked about how much he prayed and just believed.”

“I got a great vibe from it, a lot of emotion,” Mathis said.

“All along this has been a team that has played for each other and had each other’s back, regardless of the circumstances,” said Mathis, paying tribute to Manning’s leadership during the heat of battle on Sunday.

“He has always been the same guy — poised, confident, a tremendous leader. The epitome of playing for each other. Peyton always has your back.”

Broncos linebacker Brandon Marshall revealed that Manning’s words had special resonance as the quarterback had helped develop his career.

“You know Peyton — he cracked a few jokes in there. He thanked everybody. He thanked the support staff, the coaches, the player. It was a speech where got emotional and he was recapping the year. Peyton is a hell of a guy.

“I got emotional,” Marshall said. “A lot of people don’t know but Peyton is the reason I’m here. He was one of the ones that noticed me. He would ask the coaches ‘Who is this guy? We have to get him up.’ So he noticed me.

“I told Peyton before the game, I said, ‘Man I want to win this for you.’ I’ve been feeling that way all year.”

Head coach Gary Kubiak meanwhile revealed he had spoken to Manning to congratulate him for the way he had bounced back from a form slump in November.

“I could sit here all night and tell you about the meetings he and I went through over the course of the last 10 weeks when he was injured and working his way back,” Kubiak said.

“I just told him how proud of him I was.”