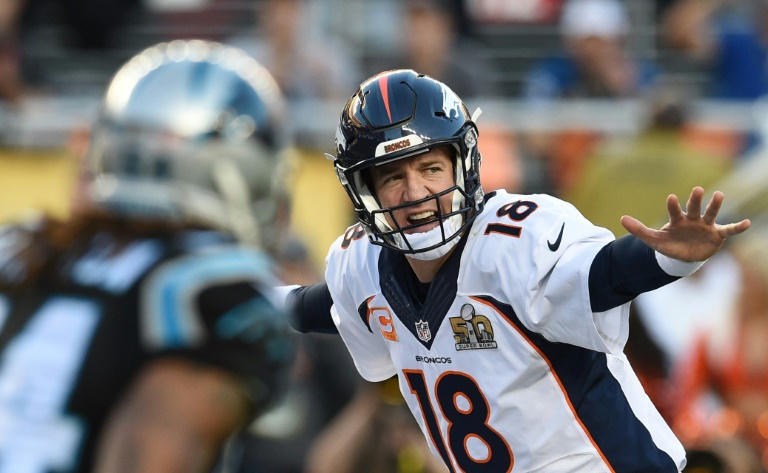 Whatever he decides about his future, Peyton Manning’s second Super Bowl victory represents the crowning achievement of an 18-year career that had looked to be in terminal decline.

Plagued by poor form and hobbled by a foot injury, Manning’s season hit rock bottom in November after a career worst performance against Kansas City that led to him being benched in favor on young back-up Brock Osweiler.

But the 39-year-old returned to lead the Denver offense during the play-offs, drawing on every drop of experience to steer the Broncos past nail-biting games against the Pittsburgh Steelers and New England Patriots.

Against Carolina on Sunday, Manning was a pale imitation of the prolific quarterback who was named National Football League Most Valuable Player five times between 2003 and 2013.

His final numbers in a defense-dominated 24-10 victory were among the least impressive of any Super Bowl-winning quarterback in history — 13 completions from 23 attempts for 141 yards, with one interception and no touchdown passes.

Now the question remains — what next?

Manning plans to take his time before deciding whether to retire or not, revealing that former Indianapolis Colts coach Tony Dungy had warned him not to make a decision in the heat of the moment.

“I think that was good advice, to kind of let this sink in,” Manning told reporters.

“It’s been an emotional week, emotional night. I’ll take some time on it.”

Denver are expected to go with the youthful Osweiler as their starting quarterback next season, a move that would limit Manning’s playing opportunities.

The Los Angeles Rams meanwhile have reportedly been linked for a move for Manning should he decide to play on.

Another cloud on the horizon could be the NFL’s investigation into allegations of doping contained in a television documentary in December.

Broncos wide receiver Emmanuel Sanders meanwhile said Manning’s team-mates had been determined to send him out on a high note.

“Hopefully we’re not sending him out, but if we are, it’s amazing,” said wide receiver Emmanuel Sanders.

“It’s a lot of exclamation points to a great career and even crazier season… he handled his business, stayed true to his character, stayed true to the person that he is, and it all paid off.”

Broncos head coach Gary Kubiak saluted the way Manning had worked his way back into the starting line-up after the disappointment of losing his place to Osweiler in mid-season.

“He comes back and leads this group at the end,” Kubiak said. “I know it was just very, very special for him to be a part of this. He knew he was on a good football team.

“I’m just so proud of him and what he did to make his way back and what he meant to this group.”

Running back C.J. Anderson added of Manning: “We have never seen him go through the things he went through this season. For him to come back on top — and if you leave on top, thank God.”