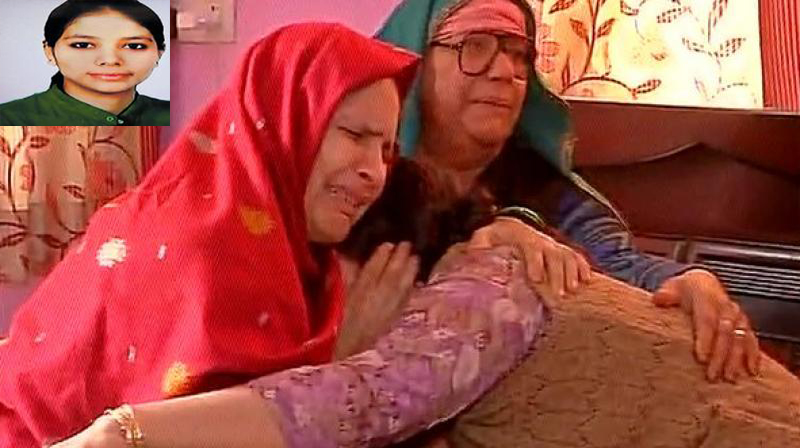 In a shocking case, a 21-year-old Delhi University student was killed allegedly by her jilted lover, who hid her body for five days and married another woman during the period before the murder came to light on Monday when the body was found in a shaft at his residence in northwest Delhi’s Model Town.

The accused Naveen Khatri (23) has been arrested. He allegedly strangulated his girlfriend Arzoo Singh Chauhan, who lived in the same neighbourhood, on Tuesday and dumped her body in the shaft of his building. Khatri later got married to another woman on Thursday, police said.

Arzoo’s parents had lodged a missing complaint on Tuesday evening and when the woman could not be found for days, a case of abduction was registered yesterday. After preliminary investigation and Arzoo’s relatives constantly raising suspicion over Khatri’s family, police questioned Khatri today and he “confessed” to the crime, police said.

Meanwhile, locals in Gurmandi locality, which comes under the jurisdiction of Model Town police station in northwest Delhi, complained of a terrible stench today. Later, Arzoo’s decomposed body was recovered from the shaft of Khatri’s residence, police said.

“A case of murder has been registered and the accused has been arrested. Further investigation is underway,” DCP, Northwest, Vijay Singh said.

While Arzoo was a final year student at Lakshmibai College under the University of Delhi, Khatri’s only source of income is house rent.

The police are also probing the role of other members of the Khatri family, especially Khatri’s father, in the incident as they had apparently objected to their relationship and wanted Khatri to marry the other woman, police said.

During interrogation, it also came to light that Khatri tried to dump Arzoo’s body somewhere else and also attempted to cremate it once, but failed after which he threw it in the shaft of his house.

He got married two days later. It is suspected that others in the family had knowledge of the crime, police said adding that Arzoo’s body has been sent for postmortem examination and several persons have been questioned so far.
A relative of Arzoo claimed that that she and Khatri wanted to marry, but it was mutually decided that marriage can’t happen as they were from the same village.

“We were not aware that they were in contact with each other. When police went to Naveen’s apartment with warrant.
They found her dead and recovered her charred body,” she said.The family members also said that before Arzoo went missing, the victim attended all her classes and her phone was switched off 4 PM onwards, according to the relative.