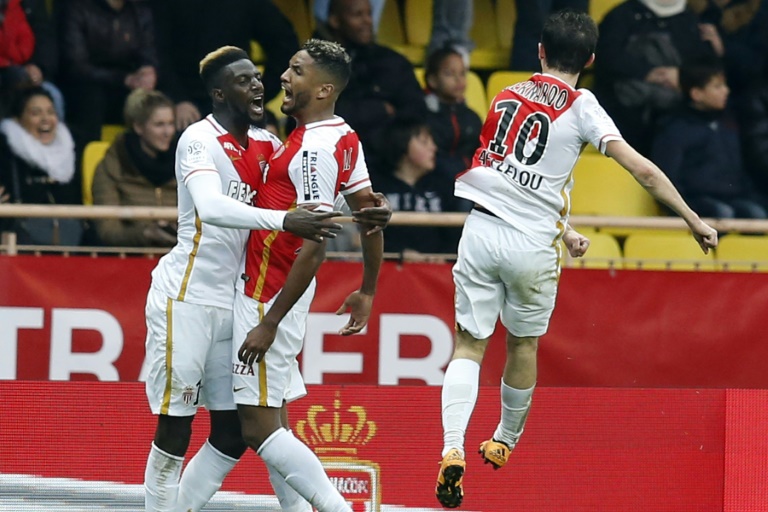 Monaco’s hopes of Champions League football next season got a boost with a 1-0 win over Nice on Saturday as Lyon rekindled their European challenge by beating Angers 3-0.

A long free-kick off the boot of Portuguese midfielder Moutinho found Bakayoko who slotted in after the ball had bounced in front of Nice goalkeeper Yoan Cardinale.

The win allows Monaco, second behind runaway leaders Paris Saint-Germain, to move six points clear of Nice, who remain third, two points ahead of Angers with Lyon moving up to fifth a further point back.

Monaco’s Moroccan midfielder Nabil Dirar was sent off after he vigorously disputed a call by referee Tony Chapron, as Angers were also playing a man down following a 16th minute red card for Thomas Mangani.

“The players showed that apart from PSG, there is no team better than us. We know each other well, we know how to play at 10 and showed this,” said Monaco coach Leonardo Jardim. “The players had a great match.”

“Paradoxically the sending off seemed to do them good,” said Nice coach Claude Puel.

“If they continue to be successful like that they can even envisage catching Paris,” added Puel of Monaco who trail Paris Saint-Germain by 21 points.

The reigning three-time champions will be looking to extend their Ligue 1 unbeaten streak at bitter rivals Marseille on Sunday.

Last season’s runners-up took an early lead through Christophe Jallet, and the hosts fell two behind when winger Rachid Ghezzal picked out the roof of the net just after half-time.

Corentin Tolisso wrapped up the scoring late on as Lyon moved to within three points of the Champions League places.