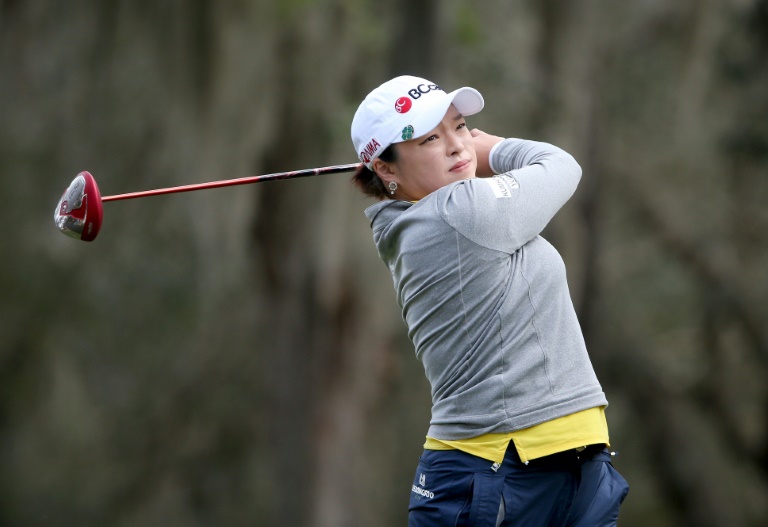 Jang, who made the LPGA’s first hole-in-one albatross last week in the Bahamas, made her breakthrough at the same Golden Ocala (Florida) Golf and Equestrian Club layout where she had one of her four runner-up finishes last year.

“It feels like a very long wait but it’s really nice,” Jang said. “It’s amazing how I feel right now.”

Jang fired a final-round par 72 to finish 72 holes on 11-under 277, two strokes ahead of Canada’s Henderson and three in front of world number one Ko of New Zealand and South Koreans Kim Sei-Young and Chun In-Gee.

A cold, windy and rainy day saw leafblowers used to dry puddles on the 17th green to keep the putting surface playable for the last groups. The last players needed relief from water on the final fairway.

But none of it flustered Jang, a 23-year-old who jumped from 14th in the world rankings into the top 10.

“It was very comfortable,” she said. “It was no problem today.”

Henderson, 18, also fired a 72 but stumbled down the stretch with bogeys at 14 and 17 after having grabbed a share of the lead.

“The last couple holes I was feeling it a little bit, but it was a good day overall,” Henderson said.

Ko, 18, was playing her first event of the season, having skipped last week’s Bahamas opener to better prepare for upcoming title defenses in New Zealand and Australia.

A shocking collapse while sharing the lead saw Ko make four bogeys and a double bogey in a seven-hole span. She battled back with birdies at 15, 16 and 17 and needed an eagle at 18 to match Jang, but her 85-yard blast fell well short.

Kim was at 9-under and in contention but stumbled with a bogey at the par-5 18th, missing a six-foot birdie putt and two-foot par putt to fall back.

Ko and Jang each played 30 holes on Saturday after having to finish the final 12 holes of their third rounds in the morning.

Both were on 7-under par through six holes when the third round resumed, each playing the last 12 holes at 4-under to share the 54-hole lead on 11-under.

Henderson sank a 20-foot eagle putt to close her third round of 67 and move within two of the leaders as the final round began, then birdied the par-5 fifth and par-3 sixth to grab a share of the lead and signal the day-long fight to come.