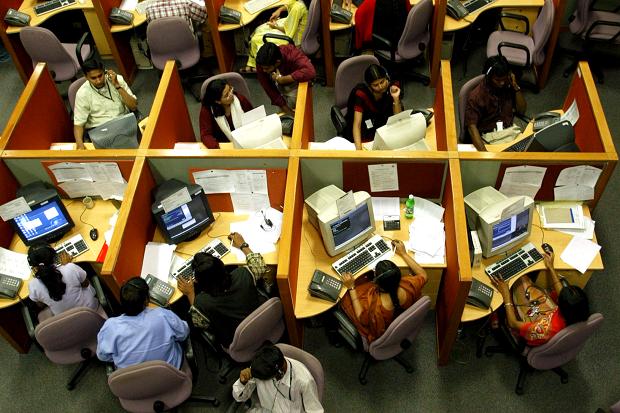 With the arrest of two persons, Delhi Police in association with its Gujarat counterpart busted a fake call centre operating from Mayur Vihar area which allegedly used to lure people by offering insurance policies with lucrative bonus and tour packages.

According to officials of Crime Branch of Delhi Police, the gang has cheated people of around Rs one crore in the last six months and would mostly target residents of remote areas in Gujarat to avoid detection by the police.

Police said those arrested have been identified as Amit Sharma (28) and Ajeet Thakur (22), both residents of the national capital.

The call centre was being run by key accused, Kishan Pal Singh, who is still at large and the accused had enrolled about 25 boys/girls as tele-callers, they said.

The action was taken after Surender Nagar, a resident of Gujarat, reported that he had been duped by the gang which was operating from Delhi’s Mayur Vihar area.

“The team of Crime Branch in association with Gujarat Police analyzed the record of phone numbers used by the accused persons and gathered information. A flat in Mayur Vihar was identified by the team as the place from where the gang was operating,” a senior police official said.

A raid was carried out at the flat where the accused, Amit Sharma and Ajeet Thakur, were present and a full-fledged call center was being operated, the official said.

“The SIM cards used by the tele-callers were obtained on fake identity-cards. They would offer fake insurance policies with lucrative bonus offers and tour packages to the potential customers and induce them to deliver cheques or deposit cash/cheque in various bank accounts which were also being opened on the basis of fake identity cards,” the official added.

“The accused used to keep changing their place of operation to avoid detection by the police. The accused persons have been arrested by the Gujarat Police and further investigation is being done by them. Efforts are on to nab other members of the racket,” he added.