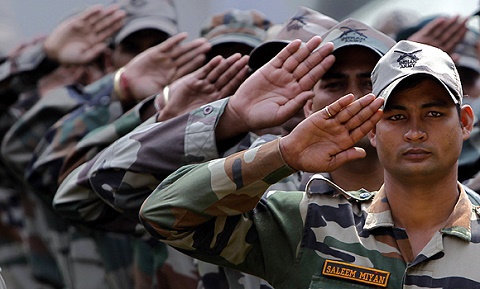 The Army observed 68th ‘Nowshera Day’ to commemorate the sacrifice of jawans who laid down their lives while fighting Pakistani intruders in the frontier town of Nowshera in 1947.

“Nowshera Day is the tall testimony of the supreme sacrifice and passionate love of the army and the locals of the area to their motherland,” he said.

He said that in 1947-48 Indian troops and the locals fought together to defend Nowshera.

He said a number of events were organised in the past month in connection with the occasion and the main event was held yesterday which was attended by General officer Commanding-in -Chief of Northern Command Lt Gen D S Hooda, among others.

“The army commander called upon everyone to actively participate in nation building by sincerely contributing their bit in their affiliated fields which he called a true tribute to our brave martyrs and our forefathers,” the spokesman said.