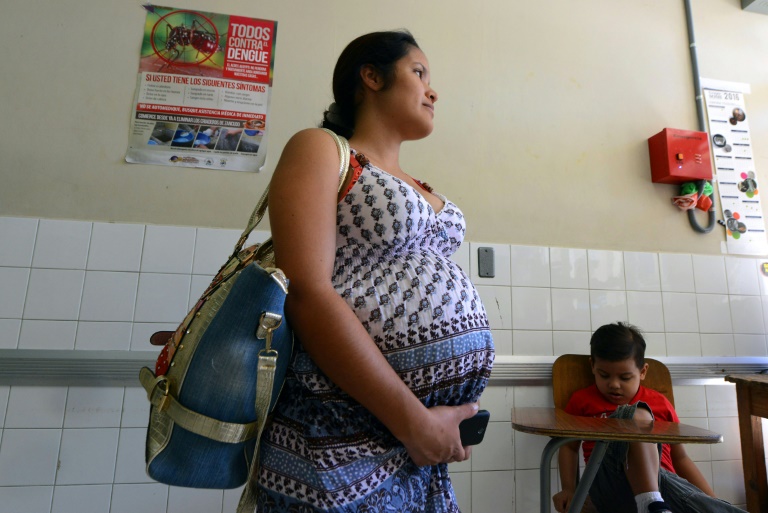 The UN on Friday urged countries hit by the Zika virus to give women access to contraception and abortion, as health officials warned that sex or even kissing could potentially spread the disease.

Women’s reproductive rights are a touchy subject in largely Catholic Latin America, where an outbreak of the virus is blamed for causing brain damage in babies and a potentially paralyzing nerve disorder.

The UN human rights office said the countries now urging women to hold off getting pregnant over Zika fears — a list that comprises Colombia, Ecuador, El Salvador and Jamaica — had to offer them the possibility of controlling their fertility.

“How can they ask these women not to become pregnant, but not offer… the possibility to stop their pregnancies?” spokeswoman Cecile Pouilly told reporters.

Many Latin American countries outlaw abortion or allow it only if the mother’s life is in danger. In El Salvador, one of those warning against pregnancy, abortion is punishable by up to 40 years in prison.

Brazil’s top research institute meanwhile said Zika, which is typically transmitted by mosquitoes, had been detected in urine and saliva, and warned that even kissing could pose a risk.

The scientists were careful to clarify that there is no proof the virus can be transmitted through those fluids, but said people should take precautions, especially expecting mothers.

“The measures are the classic ones used… for various other diseases that can be transmitted by saliva. Avoid sharing glasses, silverware, contact with someone who has symptoms of a possible infection. Don’t kiss, obviously,” said Paulo Gadelha, head of the Fiocruz institute in Rio de Janeiro.

The US Centers for Disease Control (CDC) for their part urged people to use condoms or abstain from having sex if they live in or have traveled to Zika-infected areas — currently 26 countries and territories in the Americas, according to the Pan American Health Organization.

Earlier this week, US health officials confirmed the first case of sexually transmitted Zika — a person who had traveled to Venezuela and infected a sexual partner in Texas upon return.

In the US territory of Puerto Rico, officials declared a health emergency over Zika and confirmed a pregnant woman had been infected, bringing the number of cases on the island to 22.

That followed a similar emergency declaration in the state of Florida.

The World Health Organization, which has declared the rise in Zika-linked birth defects an international emergency, warns that Zika could infect up to four million people in the Americas and spread worldwide.

The WHO has advised countries against accepting blood donations from people who have traveled to affected regions.

The new warnings on intimate contact highlight how little is known about Zika, a virus that was first identified in Africa in 1947 but had been considered relatively mild until the current eruption of apparent complications.

“The science is not clear on how long the risk should be avoided,” the CDC admitted in its warning on sexual activity.

“Research is now under way to answer this question as soon as possible.”

The Brazilian scientists were likewise candid about the unknowns, saying more research was needed to determine whether saliva and urine were possible vectors.

Brazil has been the country hardest hit by the outbreak, with 1.5 million cases.

Zika often goes unnoticed, and causes a relatively mild fever and rash in those who do develop symptoms.

But Brazil sounded the alarm after recording a surge in babies born with microcephaly, or abnormally small heads and brains. It has registered 404 cases since October and 3,670 suspected cases, up from 147 in all of 2014.

The timing, and the fact that many of the mothers were diagnosed with Zika or reported symptoms, have caused alarm over an apparent link with the virus.

Zika is also blamed for an increase in cases of a potentially deadly neurological disorder called Guillain-Barre syndrome.