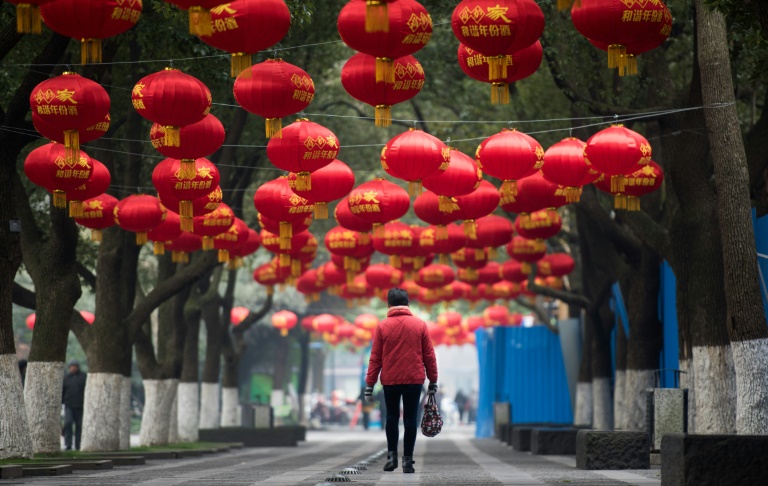 While hundreds of millions of his Chinese compatriots pack into planes, trains, and automobiles to return to their ancestral homes for the Lunar New Year celebration, Zhang Hao, 30, is getting as far away as he can.

“I decided to go abroad this year because my parents are pressuring me to marry,” he told AFP.

Instead of making the 1,200 kilometre trek from Beijing, where he works as a designer, to his icy northern hometown of Harbin, Zhang booked a 20,000 yuan ($3,000) trip to Thailand for February 6 — one day before Chinese custom would dictate he ought to be with his parents.

The festival, which compares in importance to Christmas in the West, marks a time when far-flung family members return home for merriment and meals — according to tradition, they must be back by midnight on the eve of the new year.

But rising individualism and financial independence are seeing more and more young Chinese choose to defy custom, while at the same time tourism and outbound travel are surging.

“There was no choice” but to go abroad, Zhang said. “It’s mostly the generation who grew up in the 90s who are taking off because they were by their parents’ side the whole time they were growing up.”

He is not alone. More than 30 percent of Chinese planning a break over the holiday, also known as Spring Festival, say they are doing so because they want to “get far away from relatives” or feel that “spending New Year at home is getting boring”, according to a customer survey by Chinese travel planning and booking website Mafengwo.

Growing numbers are also seizing the opportunity for tourism, despite slowing growth in the world’s second-largest economy.

The China Youth Daily devoted its entire opinion page to the issue on Friday, with writer Chen Fang saying that many people now resent going home because of boredom and stress, while children are less excited about customary gifts such as new clothing.

“I prefer to view Spring Festival as a slightly longer holiday,” Chen wrote. “Wherever the people are, wherever the family is, that’s where the festival is.”

But Huang Wei argued in a contrasting column that the ancestral hearth was critical.

“When I was young and unmarried, going home for Lunar New Year to spend time with my parents was merely a way to carry on an ancient tradition,” he said.

“Now that I’m over 40 and a husband and father as well as a son, reuniting the family for Spring Festival is a great responsibility.”

The Chinese government estimates that 2.91 billion trips of all kinds will be taken over the holiday’s 40-day travel season, in what is thought to be the largest yearly movement of people in the world.

Mafengwo said that among its festival season bookings, 40 percent were for tourist travel — twice the proportion of two years ago, although some were going with relatives.

“One of the most important elements is that it’s the longest period of holiday for the whole year,” he said. But older generations, he added, “still prefer to have the whole family get together”.

Nearly six million people, the most ever, will pack their bags for a leisure destination during the coming week, China’s biggest outbound travel portal Ctrip estimated last month, which said its bookings were up 15 percent from 2015.

Over 60 percent were going overseas, it said, with Thailand, Japan, and Korea topping the list.

“This year these destination countries and areas will be ‘occupied’ by Chinese travellers,” Ctrip said, adding that the trend was being driven by relaxation of visa policies, increasing international flights from China, and weakening overseas currencies.

Chinese travellers are by far the biggest spenders in the world, splashing $165 billion in countries they visited last year, according to the United Nations World Tourism Organisation.

For the wealthiest travellers, tour groups to Antarctica have become increasingly popular, despite costing up to 300,000 yuan per person.

But even those who choose tourism over tradition — and state broadcaster CCTV’s new year special, the world’s most-watched television programme — are concerned about the loss of customs they are electing to escape.

“To be honest, I’m a little worried about it,” said Zhang, the Thailand-bound traveller.

“Nowadays young people are becoming more and more independent. A lot of my own friends aren’t going to watch the Spring Festival Gala, which in the past was unimaginable.”