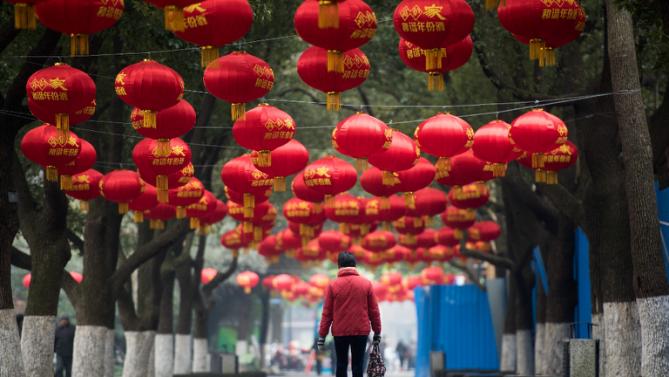 Beijing: It’s festive season in China as it is celebrating the Lunar New Year, and this time it seems they are celebrating it in a different way. While hundreds of millions of his Chinese compatriots pack into planes, trains, and automobiles to return to their ancestral homes for the Lunar New Year celebration, Zhang Hao, 30, is getting as far away as he can.

“I decided to go abroad this year because my parents are pressuring me to marry,” he said.

Instead of making the 1,200 kilometre trek from Beijing, where he works as a designer, to his icy northern hometown of Harbin, Zhang booked a 20,000 yuan ($3,000) trip to Thailand for February 6 — one day before Chinese custom would dictate he ought to be with his parents.

The festival, which compares in importance to Christmas in the West, marks a time when far-flung family members return home for merriment and meals — according to tradition, they must be back by midnight on the eve of the New Year.

But rising individualism and financial independence are seeing more and more young Chinese choose to defy custom, while at the same time tourism and outbound travel are surging.

“There was no choice” but to go abroad, Zhang said. “It’s mostly the generation who grew up in the 90s who are taking off because they were by their parents’ side the whole time they were growing up.”

He is not alone. More than 30% of Chinese planning a break over the holiday, also known as Spring Festival, say they are doing so because they want to “get far away from relatives” or feel that “spending New Year at home is getting boring”, according to a customer survey by Chinese travel planning and booking website Mafengwo.

Growing numbers are also seizing the opportunity for tourism, despite slowing growth in the world’s second-largest economy.

The China Youth Daily devoted its entire opinion page to the issue on Friday, with writer Chen Fang saying that many people now resent going home because of boredom and stress, while children are less excited about customary gifts such as new clothing.