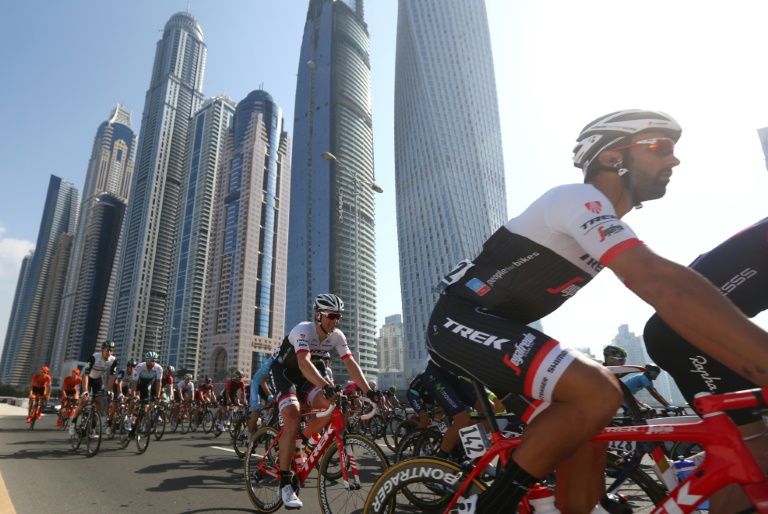 Germany’s Marcel Kittel won the Tour of Dubai on Saturday after he outsprinted his rivals, claiming victory in the final fourth stage of the race.

He replaced Italy’s Giacomo Nizzolo, who had seized the overall leader’s blue jersey on Friday but had to settle for sixth place in Saturday’s race.

“I’m really, really happy. I was dreaming about this moment,” Kittel said. “My team was fantastic all day and we did an incredible job to beat all the other teams, staying calm and attacking at the right moment.”

“There wasn’t any major tactic to stop Nizzolo â€“ we just said it’s all or nothing and fully concentrated on the final sprint,” he said.

The German who rides for Etixx-QuickStep and had aready won the first stage of the Dubai Tour, outpaced Italy’s Elia Viviani, who came second, in Saturday’s 132 km city-based course that ended under the world’s tallest building — Burj Khalifa.

“My confidence is a thousand times higher than one year ago… This win in Dubai is a perfect base to start the season,” said Kittel.

Last year’s winner, Britain’s Mark Cavendish came third in the final stage but is way behind in the overall standings.