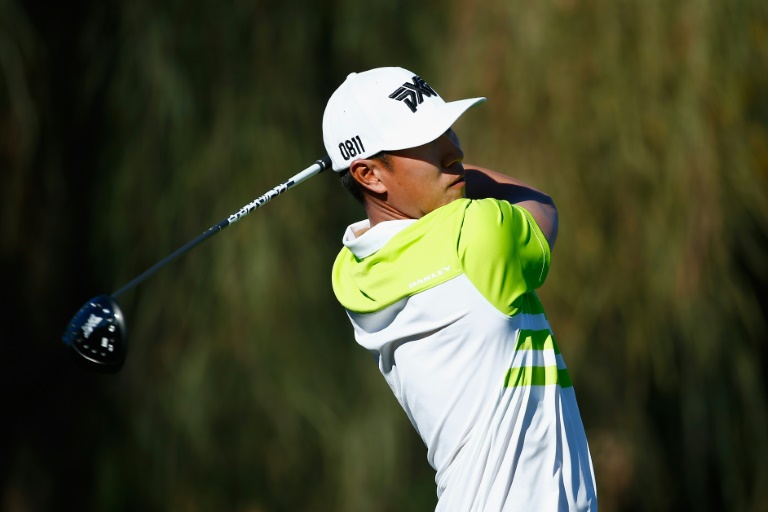 James Hahn fired a bogey-free six-under par 66 to grab the lead in the second round of the US PGA Tour Phoenix Open ahead of Rickie Fowler and Danny Lee.

Korean-American Hahn had a 10-under total of 132 after 36 holes at TPC Scottsdale.

World number four Fowler fired a 68 while New Zealand’s Lee carded a 66 for 133.

Japan’s Hideki Matsuyama and Ireland’s Shane Lowry — who shared the first-round lead with Fowler — both posted 70s for 135, where they were joined by Harris English, who signed for a 67.

They were treated to not one but two holes-in-one.

Jack Maguire, in his first professional start on the US PGA Tour, aced the 12th hole with a seven-iron from 206 yards.

A short time later, Chad Campbell aced the seventh hole with a six-iron from 194 yards.

Hahn, who won his first tour title at Riviera in Los Angeles last year, has long enjoyed the atmosphere in Phoenix, where in 2013 he celebrated a birdie at the 16th with a “Gangnam Style” dance.

His six birdies didn’t include the famously festive 16th on Friday — so after missing the green at the par-three he punished himself with 10 pushups instead.

With the tournament still a bit behind after a first-round fog delay on Thursday morning, play was halted by darkness with a handful of players yet to finish.