Home News For Kids Edgar Mitchell, astronaut who walked on Moon, dead at 85 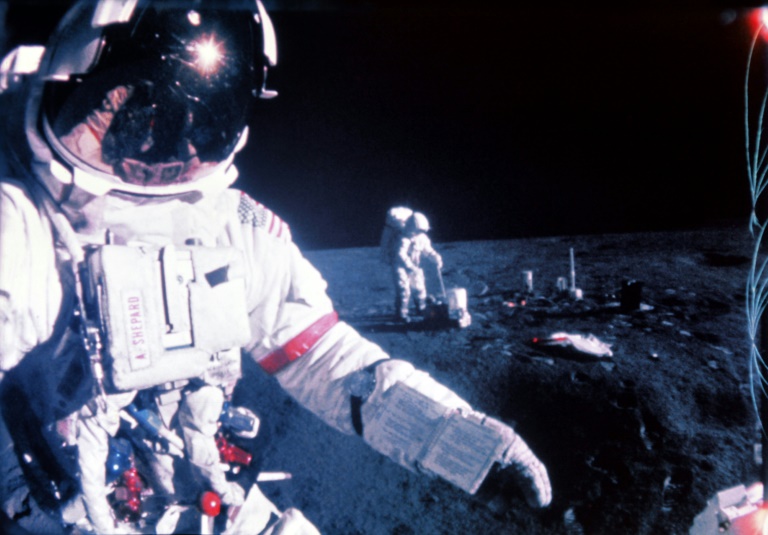 US astronaut Edgar Mitchell, one of just 12 people to have walked on the Moon, has died aged 85, his family and NASA said Friday, calling him a “pioneer.”

NASA paid glowing tribute to Mitchell, who died in Florida after a brief illness late Thursday, the eve of the 45th anniversary of his lunar landing.

The late astronaut was a member of the 1971 Apollo 14 mission along with Alan Shepard Jr. and Stuart Roosa.

“Edgar spoke poetically about seeing our home planet from the Moon saying, ‘Suddenly, from behind the rim of the Moon, in long, slow-motion moments of immense majesty, there emerges a sparkling blue and white jewel, a light, delicate sky-blue sphere laced with slowly swirling veils of white, rising gradually like a small pearl in a thick sea of black mystery.

“‘It takes more than a moment to fully realize this is Earth… home.â€™

“He believed in exploration, having been drawn to NASA by President Kennedyâ€™s call to send humans to the Moon. He is one of the pioneers in space exploration on whose shoulders we now stand.”

The Apollo 14 mission began when the trio blasted off from Cape Canaveral, Florida, on January 31, 1971.

Mitchell was in charge of piloting the Antares lunar module, which landed in the Fra Mauro region of the Moon.

It was the third manned mission to the Moon and Mitchell became the sixth human to walk on the lunar surface.

During the mission the astronauts collected 100 pounds (40 kilos) of lunar rock samples and carried out a series of experiments.

The mission ended when the astronauts, traveling aboard a space capsule, splashed down in the Pacific Ocean on February 9, 1971.

In 1972 Mitchell retired from NASA and the following year he founded the Institute of Noetic Sciences, dedicated to the study of conciousness and paranormal phenomenona.

He said he believed that extra-terrestrial unidentified flying objects (UFOs) had visited the Earth, but acknowledged that he had never seen one.

Mitchell was the author of several books, including his 1996 memoir, “The Way of the Explorer.”

Two daughters, three adopted sons and nine grandchildren are among family who survive him.

The family told The Palm Beach Post newspaper that Mitchell died at a West Palm Beach hospital after a short illness.