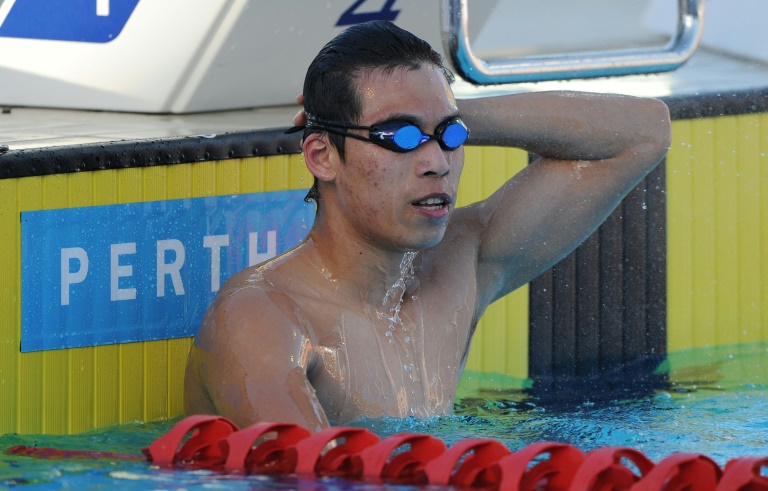 Two Chinese young guns showed they were ready to make a splash at the Rio Olympics with impressive wins at the Aquatic Super Series in Perth on Saturday night.

Seventeen-year-olds Li Zhuhao and Wang Siqi both won their individual events on Saturday to show they are well advanced in their preparations for the August Olympics.

McKeon was aiming for a fourth win in as many events at the Super Series and led at the final turn.

Li announced himself as an emerging star in 2015 and was named the World Junior Swimmer of the Year.

However, the Australian team took the overall honours on the points tally against the Japanese and Chinese over the two-day three-nation event and star local sprinter Cameron McEvoy shone brightest on the second night.

The dual finalist at the Kazan World Championships last year was far too good for countryman David McKeon in the 200m, winning by more than two seconds in a time of 1:46.71.

His winning time of 21.73 in the 50m was his second personal best of the meet from his three individual swims, and he led throughout to beat fast-finishing teammate James Magnussen.

McEvoy then came from behind in the final leg of the relay to lift Australia A to victory.

Japanâ€™s Yasuhiro Koseki won his second race of the meet, in the menâ€™s 100m breaststroke.

However, he said he needed to improve to be a force in Rio.

â€œBut it is not enough to win at Rio though, so I need to work hard and be ready for that.â€

Japanâ€™s Rie Kaneto completed the women’s 100m and 200m breaststroke double for the meet, with victory in the latter.

Another reigning world champion, Mitch Larkin, completed the menâ€™s backstroke double with victory in the 200m.