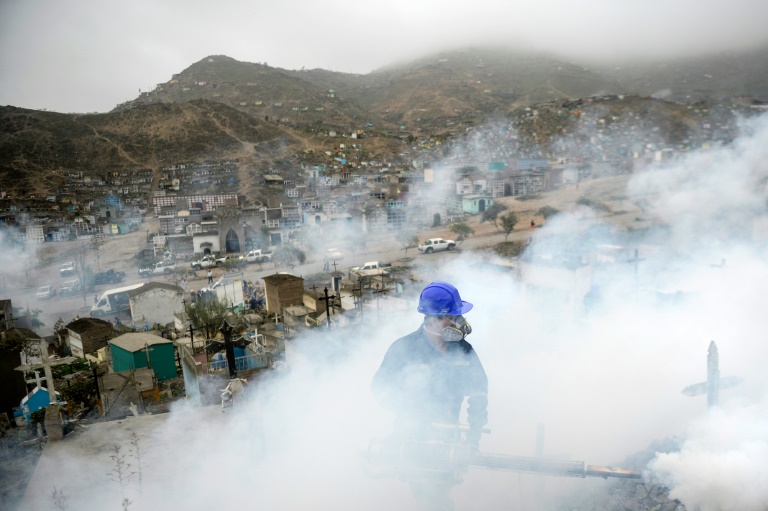 Zika has reached Europe. The World Health Organization on Thursday advised countries against accepting blood donations from people who have travelled to regions affected by the Zika virus, as Spain announced Europe’s first known case of the disease in a pregnant woman.

With dozens of cases emerging in Europeans and North Americans returning from Zika-affected areas, WHO stressed the potential link between Zika and microcephaly — which causes children to be born with abnormally small heads — and urged health authorities to take precautions.

“With the risk of incidence of new infections of Zika virus in many countries, and the potential linkage of the Zika virus infection with microcephaly and other clinical consequence, it is estimated as an appropriate precautionary measures to defer (blood) donors who return from areas with Zika virus outbreak,” the WHO told AFP in a statement.

Meanwhile, in the first case of its kind in Europe, Spain’s health ministry said a pregnant woman who had returned from Colombia had been diagnosed with the virus.

“One of the patients diagnosed in (the northeastern region of) Catalonia is a pregnant woman, who showed symptoms after having travelled to Colombia,” the ministry announced, adding that she was one of seven cases in Spain.

The mosquito-borne virus has so far spread to 26 countries in South and Central America and the Caribbean and health authorities have warned it could infect up to four million people on the continent and spread worldwide.

The disease starts with a mosquito bite and normally causes little more than a fever and rash.

The timing has fuelled strong suspicions that Zika is causing the birth defect.

The virus has also been linked to a potentially paralysing nerve disorder called Guillain-Barre syndrome in some patients.

Spain’s health ministry sought to ease concerns over the spread of the virus, pointing out that all seven cases in the country had caught the disease abroad.

“Up to now, the diagnosed cases of Zika virus in Spain… don’t risk spreading the virus in our country as they are imported cases,” it said.

The news comes a day after South American health ministers held an emergency meeting in Uruguay on the disease.

The meeting focused on ways to control the mosquito population spreading the virus, though reports of a US patient catching the disease by having sex fuelled fears that it will not be easy to contain.

WHO earlier this week declared the spike in serious birth defects an international emergency and launched a global Zika response unit.

Colombia, Ecuador, El Salvador, Jamaica and the US territory of Puerto Rico have all warned women not to get pregnant.

The WHO warning on blood donations follows moves by Canada and Britain to protect their blood supplies.

Canadian blood agencies on Wednesday announced that anyone who had travelled to a Zika-risk area would be ineligible to give blood for three weeks upon their return.

The 21-day waiting period also applies to cord blood and stem cell donors who have travelled to Zika-affected areas.

In Britain, the National Health Service Blood and Transplant agency has said that from Thursday, anyone returning from Zika-affected countries would be made to wait 28 days before being allowed to donate blood, as a “precautionary measure”.