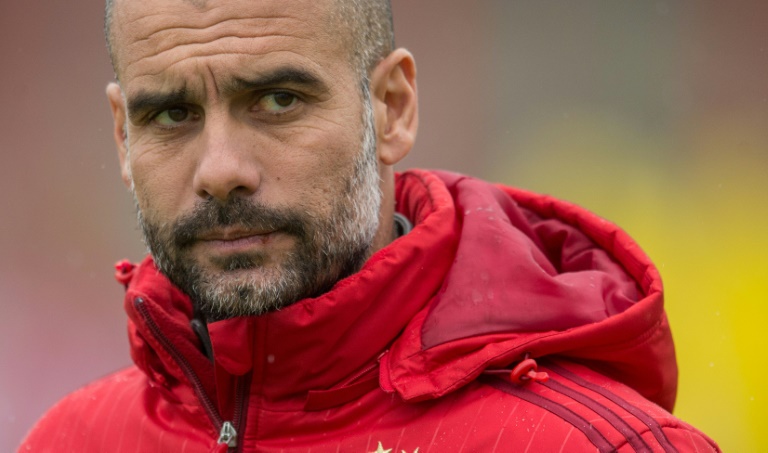 Bayern Munich coach Pep Guardiola has dismissed concerns about his ability to remain focused on the job at hand with the German champions after committing his future to Premier League side Manchester City as of next season.

“I’m like a woman, capable of doing multiple things at once,” Guardiola told reporters on Friday, in his first appearance since signing a three-year deal to take over from Manuel Pellegrini at City next term.

Guardiola insisted he foresaw no issues with continuing his work in Munich while at the same time preparing for his move to England.

However, the 45-year-old refused to divulge any more details about his City switch, with the Bundesliga leaders set to visit fourth-place Bayer Leverkusen on Saturday.

“People know what I said. I already said a few weeks ago what happened. If they don’t believe me, I can’t do anything about it,” said an irritated Guardiola.

He did concede that “initial talks were held in May or June” regarding a move to City, but vowed not to say anymore about his future employers.

“I know it’s new at Bayern where a coach has never left of his own accord,” the Spaniard added. “I will stay focused on my team until the final day to give the best of myself.”

Guardiola announced in December that he would leave Bayern Munich in May after three years at the helm, with the intention of coaching in England next season.

His Bayern side are on course for a record fourth straight Bundesliga crown with an eight-point gap separating themselves and nearest challengers Borussia Dortmund.

The Bavarian giants are also through to the last 16 of the Champions League and will face last year’s finalists Juventus in Turin later this month in the first leg.