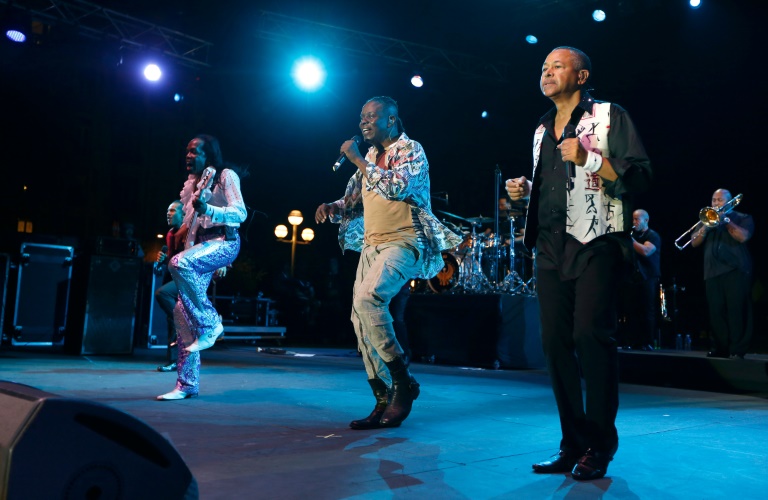 He made funk anthems that packed arenas, broke down racial barriers and made him among his generation’s best-selling artists. Maurice White, Earth, Wind & Fire founder, has died at 74.

Brought up in Chicago, White saw himself as an heir to the jazz greats but developed a fresh sound of tight pop tunes that brought in elements of R&B, rock, soul and funk.

The band sold close to 100 million albums, ranking among the most successful acts of the 1970s, on the back of hits such as “September,” “Shining Star,” “After the Love Has Gone” and “Boogie Wonderland.”

White’s death is the latest among a string of prominent musicians who have passed away since the start of 2016.

White, who suffered for years from Parkinson’s disease, forcing him to stop touring, died Wednesday at his home in Los Angeles, his brother and a representative for the band said.

“My brother, hero and best friend Maurice White passed away peacefully last night in his sleep,” his brother and bandmate Verdine White wrote Thursday on Facebook.

“While the world has lost another great musician and legend, our family asks that our privacy is respected as we start what will be a very difficult and life-changing transition in our lives.”

The band was one of the early acts to break the color barrier in pop music, winning a white fanbase while remaining favorites within the African-American community.

In 1979, the band became the first African-American act to sell out New York’s Madison Square Garden, then — as now — one of the most prestigious concert venues.

Maurice White formed Earth, Wind & Fire in Chicago in 1969 and quickly became known for his skill at songwriting as he crafted readily danceable tunes that borrowed heavily from the city’s R&B scene, but kept a concise structure in line with pop.

While never disappearing completely, Earth, Wind & Fire enjoyed a career resurgence after the election of President Barack Obama, who invited the band as one of the first entertainers when he entered the White House in 2009.

Attorney General Loretta Lynch mourned the death of White on Twitter, calling him “the voice of my generation.”

The Recording Academy, which has awarded White seven Grammys over his career out of 21 nominations, hailed his skills on stage and in the studio.

“His unerring instincts as a musician and showman helped propel the band to international stardom, influencing countless fellow musicians in the process,” it said in a statement.

Earth, Wind & Fire had been due to receive a lifetime achievement Grammy in the coming months.

Earth, Wind & Fire helped bring together the races by leading through example rather than direct activism.

Unlike contemporary funk greats Sly and the Family Stone, who brought a subtle political edge to their songs, Earth, Wind & Fire had no interest in provocation and often sang simply about dancing — helping the band triumph in the disco era.

White, in a 1985 interview with the Chicago Tribune, said he wanted his music to inspire hope and give people “a positive image of self.”

“There are a lot of things wrong on this planet — starvation, poverty, negative thoughts, racism, a lot of weirdness,” he said.

“So somebody has to communicate something to try and balance that, if it’s possible.”

White’s desire for positive energy led him on a spiritual quest as he grew interested in ancient Egypt and toured indigenous ruins in the Americas.

The song “Serpentine Fire” references yoga’s concept of Kundalini energy. It appears on the 1977 album “All ‘n All,” which features Brazilian rhythms and cover art from pharaonic Egypt.

Earth, Wind & Fire won acclaim not only for songwriting but for energetic live shows, led by a forceful horn section and featuring a kalimba, an African percussion instrument played by plucking metal tines.

White, a tenor, alternated on vocals with Philip Bailey, who offered a quickly recognizable falsetto.

White also served as a producer for artists including Barbra Streisand, Chaka Khan and The Emotions, a three-woman R&B trio from Chicago.