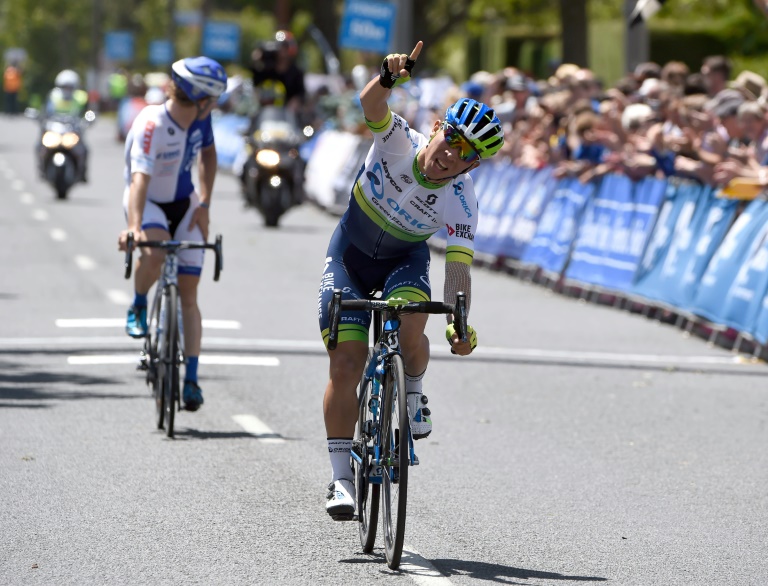 Caleb Ewan won a tough second stage of the Herald Sun Tour in Australia on Friday, but Team Sky’s Peter Kennaugh and Chris Froome did enough to stay on top in the overall standings.

Rising Australian sprinter Ewan, who won two stages of the Tour Down Under last month, completed the 144.2-kilometre stage in three hours, 29 minutes and six seconds.

“On the final climb I knew Bobridge and Kennaugh were strong,” Ewan said.

“I fought for dear life and was able to stay with them. It’s a real confidence boost to be able to win on terrain like this when it’s tough.”

Friday’s race, which began in the grazing farmlands of South Gippsland’s Yarra Junction and ended in the town of Moe, saw several riders break away early.

But they were ultimately reeled in by the peloton driven by Orica-GreenEDGE and Team Sky.

Bobridge made a move towards the end, with Kennaugh, Ewan and Australia’s Jack Haig (Orica-GreenEDGE) going with him and Froome and Putt joining the group soon after.

The six fought it out to the finish line with Ewan crossing first.

“I gave it one last dig at the end but I knew it was always going to be hard to shake Caleb off,” said Kennaugh.

The race has its longest stage of 146.2 kilometres on Saturday before Sunday’s final stage of 121.8 kilometres which ends in Arthurs Seat in the Mornington Peninsula.