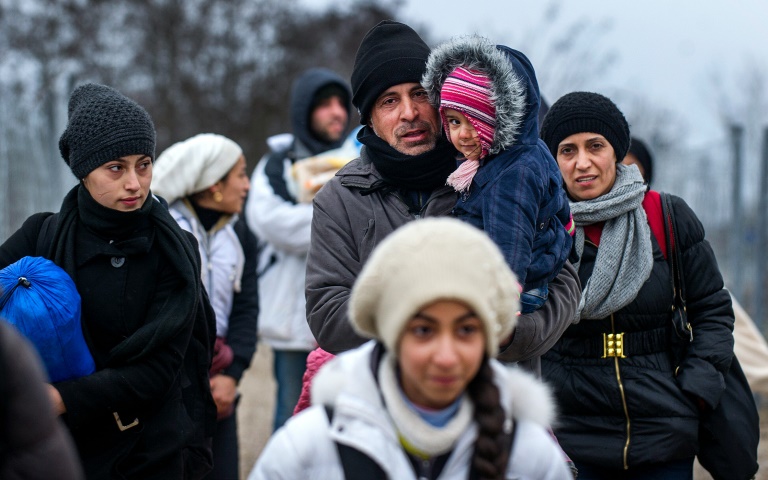 World leaders pledged over $10 billion (9.0 billion euros) Thursday to help conflict-hit Syrians at a London conference overshadowed by the breakdown of peace talks in Geneva.

The European Union, Germany, Britain and the United States were among the biggest donors to provide food, education and job opportunities for Syrians in their homeland and neighbouring countries where they have fled.

But hopes that the package could make a major difference inside Syria were weighed down by the suspension Wednesday of peace talks in Geneva until February 25.

That came as Syrian President Bashar al-Assad’s forces, supported by Russian air strikes, stepped up their offensive near the major northern city of Aleppo, forcing nearly 40,000 civilians to flee.

“Today’s achievements are not a solution to the crisis — we still need to see a political transition,” British Prime Minister David Cameron said as the conference wrapped up.

“But with today’s commitments… our message to the people of Syria and the region is clear — we will stand with you and support you for as long as it takes”.

Other steps agreed included the creation of an estimated 1.1 million jobs for Syrian refugees and those living in neighbouring countries by 2018.

The conference also committed to getting 1.7 million children into education by the end of 2016/17.

The $10 billion was split between just over half the amount which will be given out this year and the rest which was committed for 2017-20.

Despite the pledges, the mood among many leaders was bleak, reflecting frustration at the halt Wednesday of the so-called proximity talks in Geneva which were seen as the best hope for peace since the conflict erupted in March 2011.

“After five years of fighting, it’s pretty incredible that as we come here in London, the situation on the ground is actually worse, not better,” US Secretary of State John Kerry said.

“If people are reduced to eating grass and leaves and killing stray animals in order to survive, that’s something that should tear at the conscience of all civilised people,” he added.

Among the biggest donors were the EU and its member states, which pledged more than three billion euros this year.

“What we can do by providing some funds for you is one element to help people not to have to embark on these very dangerous journeys that would take them to Europe,” Merkel said.

Cameron, who was co-hosting the conference, said a “new approach” was needed to address “one of the worst humanitarian crises of our time”.

His government, which has agreed to take 20,000 Syrian refugees by 2020, argues that those displaced are best helped close to home and wants to support neighbouring countries in doing so.

Around 4.6 million Syrians have fled to nearby countries — Jordan, Lebanon, Turkey, Iraq and Egypt — while hundreds of thousands have gone to Europe.

Jordan’s King Abdullah II said that one in five people living in his country was now a refugee and that it had “reached our limit”.

Among those drumming up donations was Pakistani Nobel Peace Prize winner Malala Yousafzai, who called for $1.4 billion of donations to help educate children inside Syria and in refugee camps.

Representatives of Syrian charities attending the event noted that many more colleagues had been unable to make it as they had not been granted visas.

During one session, Rouba Mhaissen, founder of Sawa For Development And Aid, asked how many Syrians were in the room — and only two people put their hands up.

Fadi Hallisso, co-founder of Basmeh and Zeitooneh (Smile and Olive) which works with refugees in Turkey and Lebanon, stressed the importance of protecting Syrians as a priority.

“We are at the beginning of the right track but we have to watch to see that countries are committing to what they have pledged,” he told AFP.

He added that he was “not over-optimistic either because what is the point of constructing a school if it is bombarded?”