Home Face Off Mark of many Faces 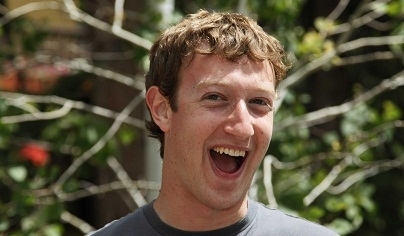 From Harvard’s dormitory, five students started a connectivity business called Facebook, which overshot a billion users. The best known among them, Mark Elliot Zuckerberg was a hacker and a dropout but is now CEO.

A programming prodigy at high school, he got job offers from AOL and Microsoft. At 30, he made enough to take a salary of $1 a year, a feat taken on by Apple’s late Steve Jobs and Google’s Larry Page.

He developed an interest in computers at an early age; when he was 12, he created a messaging program he named “Zucknet.” His father, a dentist used the program in his office, so that the receptionist could inform him of a new patient without yelling across the room. The family also used Zucknet to communicate within the house.

Zuckerberg studied at Ardsley High School and Phillips Exeter Academy. After graduating from Exeter in 2002, Zuckerberg enrolled at Harvard University.

In his sophomore year, he was hailed as a programming prodigy. He wrote two programs, CourseMatch and Facemash which were a hit among the students.

Zuckerberg and his friends created a site that allowed users to create their own profiles and communicate with other users. The group ran the site—first called The Facebook—out of a dorm room at Harvard in 2004. Zuckerberg then dropped out of Harvard to devote himself to Facebook full time, moving the company to California.

Membership of Facebook crossed a million in a year and the site began attracting the interest of other companies. Not wanting to sell out, Zuckerberg turned down offers from Yahoo! and MTV Networks. Instead, he focused on expanding the site, opening up his project to outside developers and adding more features.

Zuckerberg launched the Internet.org project in late August 2013. He explained that the aim of the initiative is to provide Internet access to people who are not connected to internet.

In September 2010, he donated $100 million to save the failing Newark Public Schools system in New Jersey.

In December 2010, Zuckerberg signed the “Giving Pledge”, promising to donate at least 50 percent of his wealth to charity over the course of his lifetime.