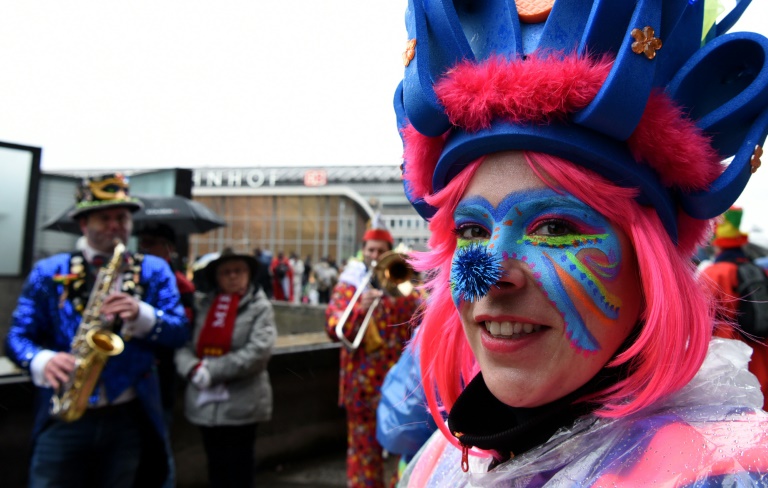 Cologne opened its annual carnival Thursday with ramped-up security to prevent a repeat of the sex assaults that marred New Year and triggered a debate about Germany’s ability to integrate asylum seekers.

Police in the western German city have been struggling to restore public confidence after hundreds of women said they were groped and robbed in a mob of mostly North African and Arab men during the New Year festivities.

But a repeat of the New Year debacle was not the only threat, as underlined by a massive operation Thursday against four men at sites across the country suspected of links to the Islamic State organisation.

With the country already on edge over Cologne assaults, the spotlight was once again on North African migrants as police on Thursday arrested two Algerians and were hunting two others over their alleged links to the Islamic State group.

The latest arrests looked set to fuel fears that jihadists are taking advantage of the massive influx of refugees to Europe to slip in undetected, with Germany particularly vulnerable after taking in 1.1 million asylum seekers in 2015 alone.

German authorities have pulled out all the stops to ensure that nothing spoils the fun at the carnival, which began with “Weiberfastnacht” — which roughly translates as “Women’s carnival day” — when female revellers in fancy dress cut off men’s ties as a symbol of clipping their power.

Some 2,500 police officers were on patrol, visible in the streets packed with crowds of party-goers dressed up as cowboys, clowns or princesses.

Closed-circuit television cameras have been installed, and bans imposed on known petty thieves, including suspected pickpockets who took part in the crime spree on New Year’s Eve.

A “security point” for women has been set up in the city, staffed by social workers and psychologists and the local judicial system is geared up to accelerate the processing of any potential offenders during the festivities.

Despite the ramped-up security, regulars said attendance was down at the event, which usually draws 1.5 million visitors to Cologne.

“There are obviously fewer people than a year ago,” said Martin, a member of the organising team.

“Why? Some people are afraid I guess. Outside Cologne, people think that we are in a civil war. That’s just complete nonsense,” he told AFP with a laugh, dressed in an 18th-century green-and-red soldier’s uniform.

The wider area around Cologne in North Rhine-Westphalia state is home to Germany’s biggest concentration of radical Islamists.

One of the Algerian suspects targeted in Thursday’s raids lived in the western German state, police said.

A man who tried to attack a Paris police station on January 7 — exactly a year to the day after a jihadist assault on satirical weekly Charlie Hebdo in Paris — also lived in North Rhine-Westphalia.

Revellers at the Cologne carnival shrugged off the threats.

“We come here every year, there’s no reason that should change,” said Karine, 59, surrounded by friends disguised as clowns.

Marcel, 23, said it was all the more important after the melee on New Year’s Eve “to have fun”.

Ahead of the carnival, organisers have even printed a leaflet in both Arabic and English explaining the party to newcomers, telling them they could have fun even without alcohol.

The neighbouring city of Bonn was more explicit in its advice, explaining that the word “buetzen” means “kissing somebody on the cheek, one of our carnival customs”.

But it stressed that sexual overtures were “strictly prohibited”.

The festivities run through to Ash Wednesday on February 10, climaxing with a parade of giant floats on Rose Monday, often with brazen political messages.

Among those on show is one of a lonely Chancellor Angela Merkel surveying the EU, while in the background, refugees drown.