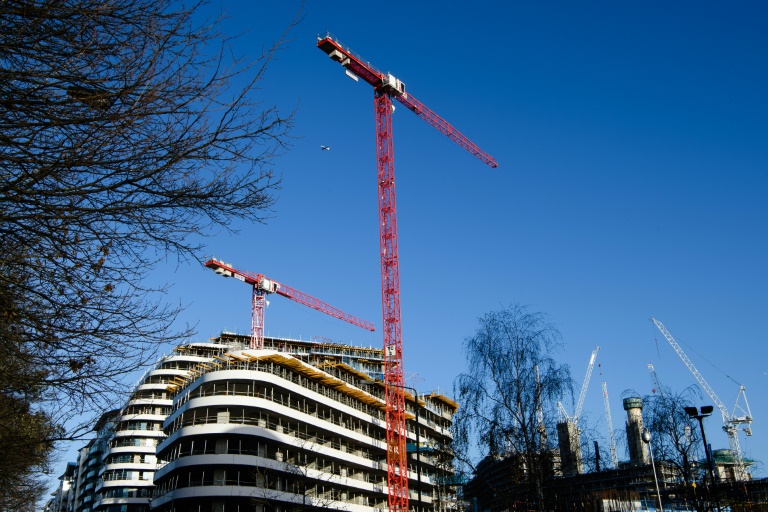 The Bank of England cut its economic growth forecasts on Thursday and left interest rates at a record-low, as policymakers fretted over slumping oil prices and the darkening global outlook.

The BoE’s Monetary Policy Committee (MPC) held its key rate at 0.5 percent in a unanimous vote, where it has stood since March 2009 to stimulate commercial lending and foster economic growth.

The MPC also maintained the amount of cash stimulus, or quantitative easing (QE), pumping around the British economy at Â£375 billion ($542 billion, 495 billion euros) after its latest two-day gathering.

With collapsing oil prices risking a new round of deflation, the MPC revised down its growth outlook.

The British economy was set to expand by 2.2 percent this year, down from the previous November prediction of 2.5 percent, the BoE said in its latest quarterly forecasts.

“Global growth has fallen back further over the past three months, as emerging economies have generally continued to slow and as the US economy has grown by less than expected,” the bank warned in minutes from the meeting.

“There have also been considerable falls in the prices of risky assets and another significant fall in oil prices. The latter appears largely to reflect news about the supply of oil.

“Developments in financial markets seem in part to reflect greater weight being placed on the risks to the global outlook stemming from China and other emerging economies.”

However, it cautioned that ultra-low oil prices — which have collapsed by 75 percent since mid-2014 due to a stubborn global supply glut — were also providing a boost to advanced economies.

The BoE meanwhile signalled a rate rise may now not come until the final quarter of 2017, with inflation set to remain low “for much of this year”.

Low interest rates are beneficial for borrowers but they erode the value of deposits for savers, who have suffered from rock-bottom levels for almost seven years.

Gross domestic product expanded by 2.2 percent in 2015 after 2.9-percent growth in the previous year.

Policymakers predicted it was “more likely than not” that interest rates would need to increase within the forecast period in order to dampen inflation.

The BoE forecast inflation would likely remain below 1.0 percent until late 2016, dented by slumping commodity prices and lower gas and electricity bills, but would breach its 2.0-percent target within two years.

The bank meanwhile acknowledged that the outlook was clouded by this year’s expected referendum on whether Britain should leave the European Union.

The British pound has been weighed down by “uncertainty about the implications of the referendum on EU membership”, it said.