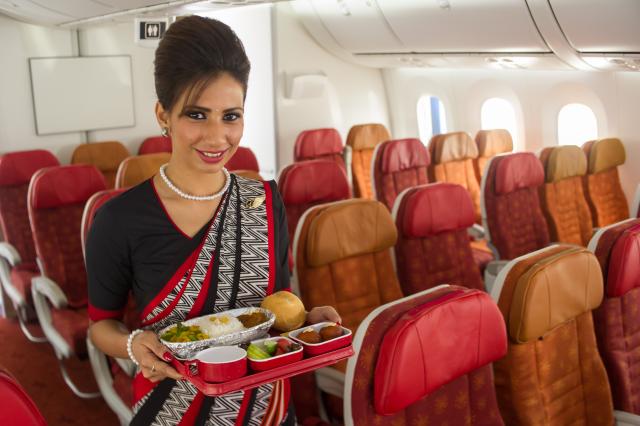 Early this week the desi thali and khulad masala chai made its debut in the air travel sector. Air India on Monday became the first carrier service to serve the traditional thali and tea in khulad on board flight. What remains to be seen whether the new service will be accepted by the passengers or not?

The thali and chai will be initially served on Delhi-Mumbai-sector flights and will later be extended to other metro flights, informed an Air India circular which was issued on January 28. The circular also gave instructions to cabin crews on plating the thali and preparing the pre-mix chai. Ashwani Lohani, AI chairman and MD informed that the new additions were well received by the fliers on day one.

Although the passengers might be looking for the new experience on board, but the cabin crew might take some time adjusting to it, especially those who serve on international flights. The components of thali will have to be heated separately and then plated which will take more time and the customers might not like the delay. A conventional meal only takes a little amount of time to heat.

Serving a thali and chai on board a flight might pose a serious challenge due to time constraints, especially in the domestic leg for the cabin crew but it will surely add-up to the experience of the flier.